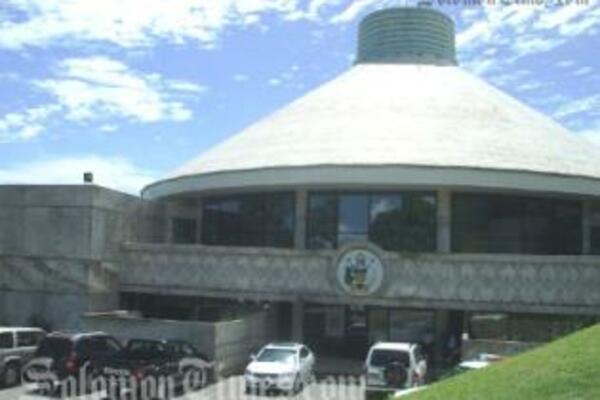 The 50 youth MP's debated on a bill that proposes to reduce the legal voting age from eighteen years to sixteen.
Source: STO Archives
Share
Friday, 06 November 2009 08:55 AM

The Inaugural National Youth Parliament started its first parliament meeting yesterday morning in the chambers of the National Parliament house.

The 50 youth MP's debated on a bill that proposes to reduce the legal voting age from eighteen years to sixteen.

Much of the debate centered around the maturity of a 16 year old in today's society and if they are mature enough to cast a vote in national or provincial elections.

The youth parliament session started 10am yesterday morning with live broadcast by One News television and the national radio station, SIBC.

Meeting of the Youth parliament was adjourned late yesterday afternoon and debate on the bill will continue tomorrow.

The Youth MP's are expected to debate and vote on the bill according to their conscience rather than on government or opposition loyalty.