Youth at Work Rescued Me 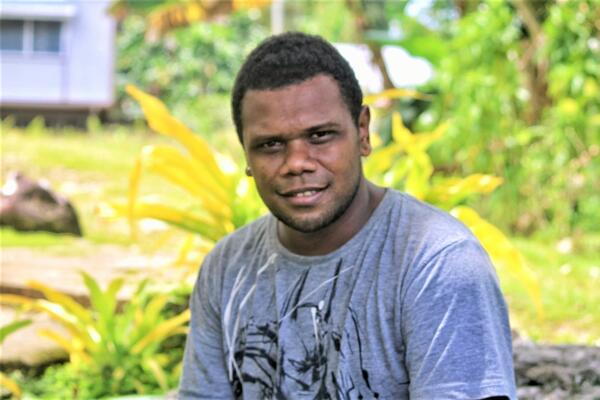 "It is time the nation builders train and equip young people, they should appreciate every youths of this nation because they are the future builders of this nation."
Source: Supplied
By Jeremy Gwao
Share
Tuesday, 13 April 2021 12:15 PM

Solomon Islands has a youthful population, but with that comes huge challenges for the government.

The unemployment figures for Solomon Islands youth has been as high as 75% in recent times.

The government and development partners have come up with various programmes aimed at reducing, or at least assist in reducing, such youth unemployment figures.

The Youth at Work programme is one such initiative. The programme was implemented by the Secretariat of the Pacific Communities (SPC) with the support of various development partners.

Youth at Work began in mid-2012 as a practical response to the growing issue of youth unemployment. The programme sought to fill a critical gap in youth unemployment through the placement of young people into career pathways and eventually paid employment.

The programme was handed over to the government in 2019 but has not been able to achieve the same level of success.

David Alufo'oa, a 33 years old young man from Central Kwara'ae, says the Youth at Work programme saved him and says that it is unfortunate that the programme was discontinued.

“I made it as far as Form Seven Arts back in 2009, so leaving school at that stage meant the chances to get to a job was limited,” David recalls.

“I went back to Auki and had nothing to do for a long time, but that changed when the Youth at Work programme was introduced in Auki around 2016. I still remember the day I saw the advertisement posted at a bus stand close to where I was staying in Auki town.”

He says joining Youth at Work was a memorable experience and credits the programme for turning his life around.

"I joined the program for almost eight months, and it gave me new ideas, confidence and a passion to start fresh. I went through trainings, empowerment sessions and community work," he said.

He says he went as far as being selected as one of the leaders of Youth at Work, which made him understand what it means to be accountable as a leader.

"Believing that youths are troublemakers is not right, we must give them space and opportunity so they can challenge themselves to become who they want to be in the future.

David is now working as a Youth Leadership Development Facilitator for World Vision in Auki, Malaita Province. He says the future of this nation lies with the youths, and more opportunities such as the Youth at Work need to be created to empower them.