Your Vote is Safe and Secure: SIEC 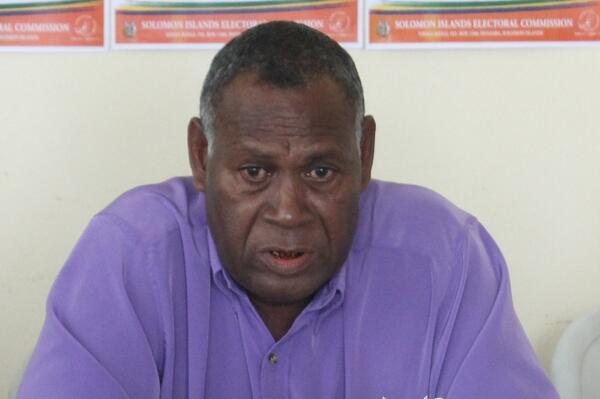 “We are aware that during the campaign period some candidates told voters that they would be able to find out who the voted for. This is simply not the case,” Mr Haununu said.
Source: SIBC
Share
Tuesday, 02 December 2014 08:17 AM

The Solomon Islands Electoral Commission (SIEC) maintains that all votes cast in the 2014 National General Election are being kept under tight security to ensure the secrecy of the vote.

After counting was completed in each constituency, ballot boxes were packaged and sent back to Honiara where they will be kept at a secure location for one month.

The National Parliament Electoral Provisions Act requires all ballot papers to be kept for one month, in case they are needed by the High Court to determine an election petition case.

“We have already received the ballot boxes from most constituencies and expect to have retrieved ballot boxes from each of the 867 Polling Stations over the next few days,” Chief Electoral Officer, Mr Polycarp Haununu said.

The SIEC says that it is a legal requirement that the ballot papers are kept until all election petition cases are decided.

“Ballot papers must be numbered and retained so that they can be located in the event that they are required by the High Court as evidence in an election petition,” Mr Haununu said.

“After all petitions are decided, the ballot papers will be destroyed.”

The SIEC made this statement in response to concerns raised by voters in many parts of the country.

“We are aware that during the campaign period some candidates told voters that they would be able to find out who the voted for. This is simply not the case,” Mr Haununu said.

“The ballot boxes are kept under tight security in Honiara. Any candidate that tells you they can find out who you voted for is not only being dishonest, anyone who attempts to find out who a voter cast his ballot for has committed a criminal offence.”

The SIEC says new security features introduced by the Solomon Islands Electoral Commission have made sure that everyone’s vote remains secret.

In accordance with the National Parliament Electoral Provisions Act, Voter ID numbers are recorded on the ballot paper stub.

Voter ID numbers are not written on the ballot paper.

“A ballot paper cannot be matched to anyone’s voter number without the code,” Mr Haununu said.

“Any candidate that tells you that they can find out who you voted for is not telling the truth. Even if they could access the ballot papers, coded serial numbers prevent anyone from matching voter records to ballot papers.”

The Commission also notes that it is a serious criminal offence to attempt to find out who a voter cast his or her ballot for, punishable by a maximum $3000 fine or three months in prison, or both.

“We know that many people believe that their vote will not be kept secret. I can assure the public that despite what candidates or their agents might say, there is no way for them to find out who you voted for,” Mr Haununu said.