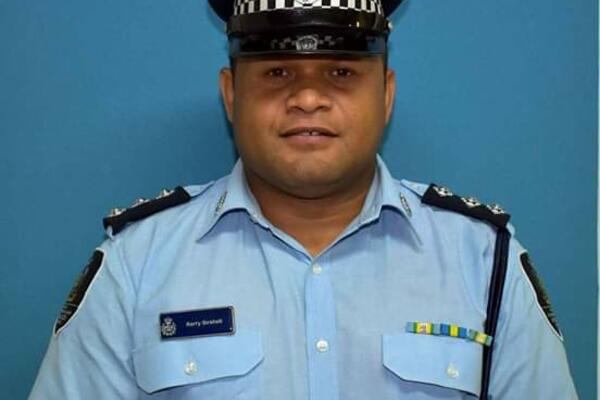 Inspector Kerry Sireheti is a 37-year-old male officer in the Royal Solomon Islands who hails from Munda in the Western Province and Langalanga in the Malaita Province. He’s the third child in a family of four.

Recently he was awarded an international award by the International Association of Chiefs of Police (IACP), 40 under 40 Award winners for 2019. He is part of what has been described as “an incredibly talented, accomplished and dedicated group of individuals who demonstrate leadership and exemplify a deep commitment to the profession”.

Inspector Sireheti was recruited into the police in August 2003 as a 20-year-old. He performed his duties exceptionally and was promoted to the rank of Police Sergeant in 2008 just three years after his probationary period.

As a young energetic and hardworking police officer, Inspector Sireheti served in various areas within the organisation such as General Policing duties, Traffic, Investigations, Close Personal Protection Unit (CPP), an Operational Safety Training (OST) instructor and currently working in the Police Response Team (PRT) where he has served for almost 10 years.

Siriheti was promoted straight to the rank of Inspector in 2017 when he was part of the first RSIPF contingent in the United Nations Peacekeeping Mission deployed to Dafur in Sudan in 2016.

When asked about who has inspired him, Inspector Siriheti smiled and gave a distant look saying, “My greatest inspiration was my late father. Growing up seeing him as a father figure in the family and as a former Police officer is what inspired me to become a police officer. I grew up watching him moving from rank to rank and carrying out his duties whole heartedly. He was dedicated and passionate about his duties. I saw him as a courageous man who had a heart for his people and this country.”

“I want to continue his legacy. To serve this country and to be an ambassador for this country. I do not want to see myself as a man from Western or from Malaita province but I see myself as a Solomon Islander,” says the determined Police Inspector.

“I would like to encourage those who would like to excel in leadership. The number one thing is to be loyal to the oath that we took before God. We must work faithfully to serve others. The second thing is that the RSIPF is a disciplined organisation and we have our rules and regulations that guides us to be good officers. It is about commitment, passion, dedication, willingness and hard work.”

Inspector Sireheti will travel to Chicago in the United States of America in October to receive his award.