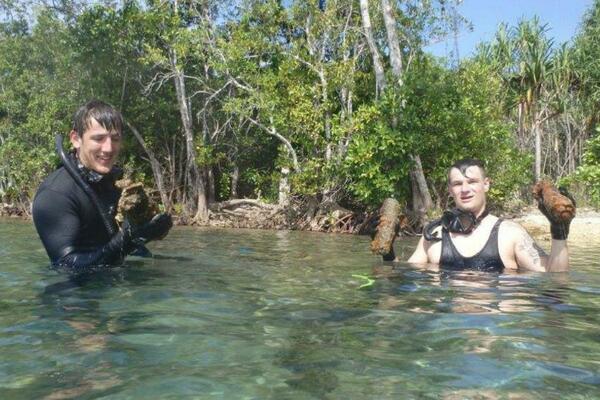 Divers in the Solomon Islands have recovered 50 unexploded World War II bombs, including a 250-pound explosive.

“There is a lot of pride among the ship’s crew that Manawanui was able to play an important role in creating a safer environment in the Solomon Islands during previous operations, and that they are again playing an important role this time,” Lieutenant Commander Muzz Kennett, the Commanding Officer of Manawanui, said.

Render Safe is a three-week-long exercise to remove explosive remnants from World War II that can be found scattered on land and in the sea in the Solomons, according to Radio New Zealand. The exercise, led by the Australian Defence Force (ADF), occurs every two years.

Kennett told Radio New Zealand the team had been working in the Russell Island group, which lies north-west of Guadalcanal. Their purpose, he said, was to ensure communities and the waters they relied on were safe.

"We have found 250-pound bombs and smaller ordnance," said Kennett. "One village we found up to 52 pieces of ordnance that we removed and detonated some explosives to get rid of them. It's working really well, we have been busy, and in the last five days we have got rid of approximately 400 pounds of ordnance."

The area was once the site of a World War II US Army Air Corps airstrip and ammunition base, which was used to support the campaign against Japan.