WW2 Explosives to be Detonated Safely from Solomon Islands 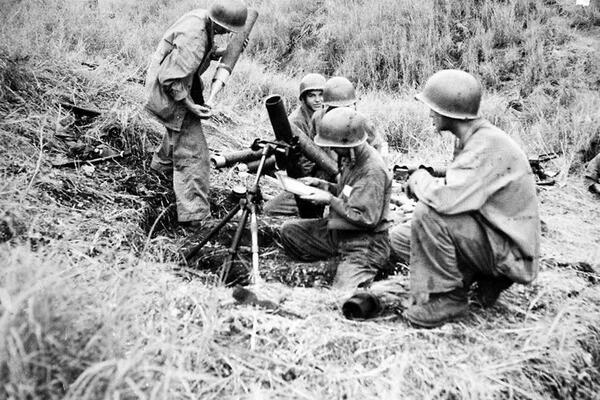 "The Solomon Islands saw some of the fiercest fighting of World War II, so it is hardly surprising that a great deal of unexploded ordnance still litters many of the islands to this day," Mr Power explained.
Source: historylink.com
Share
Wednesday, 30 October 2013 08:12 AM

The WW2 explosives date as far back as 68 years ago.

Lieutenant General Ash Power, chief of Joint Operations , explained that the removal of the explosive remnants off the Solomon Islands involved vigilant identification, assessment and disposal of unexplored explosives.

"The Solomon Islands saw some of the fiercest fighting of World War II, so it is hardly surprising that a great deal of unexploded ordnance still litters many of the islands to this day. These remnants of war are an enduring and unpredictable threat to the safety of the locals. We are pleased to be able to play an active role in making the Solomon Islands area safer for all," Mr Power explained.

Commander Doug Griffiths, the commander of the Joint Task Force for Operation Render Safe, acknowledged that the involvement of international personnel will provide a room for the ADF to compare training and skills with their international counterparts.

"The cooperation between the participating nations will provide a great service to the people of Solomon Islands as well as providing Defence personnel an opportunity to work side-by-side. Working closely with the local communities to recognise and identify items of unexploded ordnance will be a key part of the operation," Commander Griffiths said.

As early as Oct 10, 2013, The Royal Australian Navy had announced its participation in the Operation Render Safe.

Maritime assets will be HMA Ships Diamantina, Tarakan and Labuan and with Clearance Divers from HMAS Yarra and AUSCDT One, the Mine Warfare Geospatial Deployable Support Team (MGDST) with a REMUS 100 Autonomous Underwater Vehicle (AUV) and a Solomon Islands Pacific Patrol Boat.

"Successful community engagement is our priority. Historically, the locals know where the ordnance is located and in many cases have lived with the threat in their villages for years. The Solomon Island Government has identified the locations we'll work in, and we rely on residents to narrow down the ordnance sites," Mr Griffiths said.