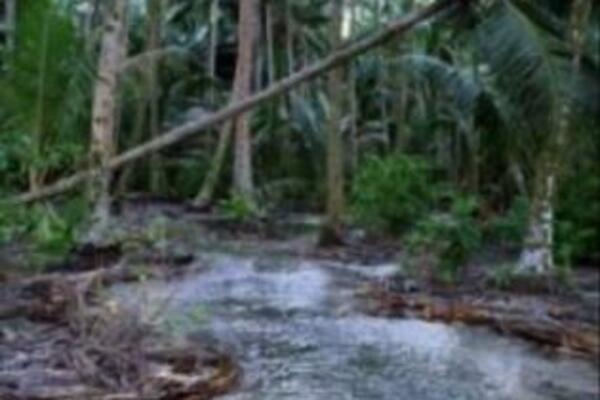 The world's first climate refugee, the inhabitants of Papua New Guinea's Carteret Islands, are frustrated with the lack of funding promised to them to help with their resettlement to Bougainville.

According to a report by Radio New Zealand International, the PNG NGO which is overseeing the resettlement of Carteret Islanders on Bougainville's main island, is seeking support from other sources after promised funding from the province's Autonomous Government failed to materialise.

The 1500 or so residents of Carteret Islands have been forced into becoming the world's first climate refugees as the sea levels around the atoll have risen about 10 centimetres in the past 20 years, the salt water destroying plantations and thus, the livelihoods of the inhabitants.
Negotiations had been taking place for three years with regards to the resettlement and back in 2003, the PNG government had authorized a government-funded evacuation of the islands, 10 families at a time and the evacuation was expected to be completed by 2007 but access to adequate funding was a problem.

Early last month, leaders of five families made their way to Tinputz, the site allocated to be their new home, to prepare the land for their families.

However, according to the report, Ursula Rakova of Tulele Peisa, the NGO overseeing the move, 'says land for about 100 families, or about 1,000 people, has been provided by the Catholic Church, though they need funding to assist the move, which is likely to take up to seven years to complete'.

"It is mainly for the building of the homes, surveying of the land and some income generation to support the families."

She is now in Port Moresby to seek backing from other sources.

Please follow the link below to the Tulele Peisa site.