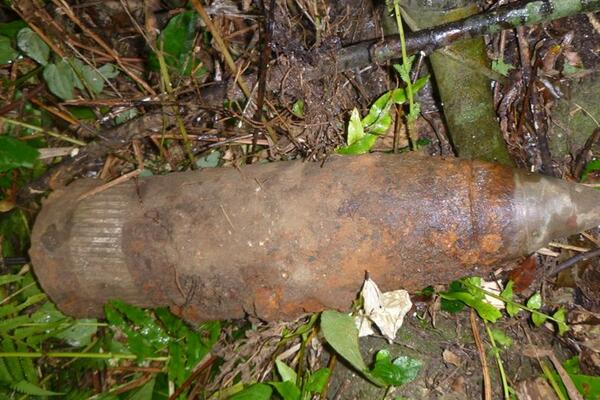 Nearly 77 years after the end of the Second World War, Solomon Islands is still littered with bombs and other unexploded ordnance (UXO).

One such UXO was unearthed in Tulagi by local residents, and Police are now warning the township to stay clear from the bomb site.

The Explosive Ordnance Disposal (EOD) Team of the Royal Solomon Islands Police Force (RSIPF) will be conducting a Render Safe Procedure (RSP) task at the Macmahon School, Tulagi in the Central Province between 8 am to 3 pm on Saturday 28 December 2019.

Officer In-Charge of the EOD Team, Inspector Clifford Tunuki says, “This task is in response to a report of unexploded ordnance (UXO) that has been found recently by members of the community living there. The UXO is fitted with a Mechanical Time Fuse and is unsafe to move.”

“The purpose of the RSP is to safely knock-off the sensitive fusing elements of the UXO only. This must be done before the UXO can be safely transported or removed from the area,” Inspector Tunuki explains.

He adds: “The EOD Team is therefore appealing to people living in and around the Tulagi Hill Top areas to keep away from the UXO site until the Operation is completed.
Members of the public will be asked to vacate their dwellings as part of the safe evacuation on Saturday morning (28 December 2019)."