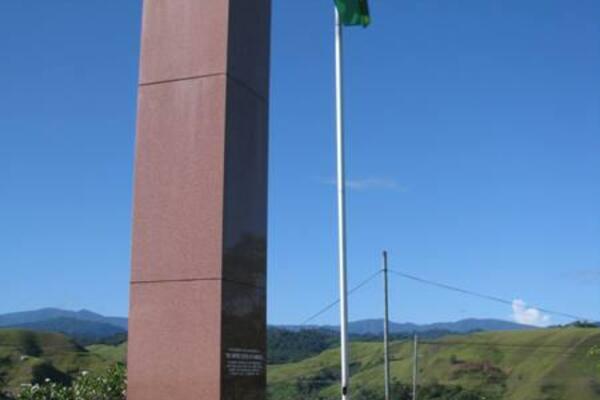 The Anniversary commemorated yesterday at the US War Memorial marked the landing of American Marines and Allied Forces on 7 August 1942 on Guadalcanal during World War 2.
Source: solomonislands-hotels.travel
Share
Thursday, 08 August 2013 07:31 AM

Solomon Islands Deputy Prime Minister, Hon. Manasseh Maelanga has paid tribute to the men and women who fought and died during World War 2 in Solomon Islands.

Speaking at the 71st Anniversary of the Landing of US Marines on Guadalcanal which also coincides with the Solomon Islands Veterans Day in Honiara yesterday, Mr Maelanga said the country should be proud of the sacrifice and bravery of those who died for securing a free and prosperous world.

“We should be proud of what those brave men and women did then. We are indebted by their braveries and sacrifices as well as the provision of a platform for a secured, peaceful and prosperous world,” Mr Maelanga said.

The Anniversary marked the landing of American Marines and Allied Forces on 7 August 1942 on Guadalcanal during World War 2.

The Acting Prime Minister also encouraged Solomon Islanders to learn from the selfless determination of our war-time heroes and continue to gather courage and strength and walk together towards a common destiny for a safe and prosperous pacific.