World Cup Qualifiers Will Be Live on TV 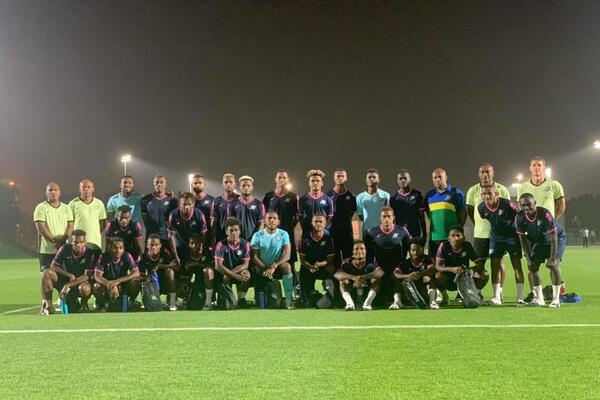 Their first training session in Qatar after their arrival from Brisbane.
Source: Supplied
By Jimmy Nolan
Share
Monday, 14 March 2022 14:48 PM

The World Cup Qualifiers in Qatar for the Oceania region will be televised live on Telekom's TTV.

This was confirmed by the Solomon Islands football federation on their Facebook page.

Due to the COVID-19 outbreak in Oceania, it was decided that the Oceania segment of the World Cup qualifications will be held as a centralised tournament in Qatar from 17th to 30th March 2022.

Solomon Islands is in Pool A alongside Cook Islands, Vanuatu and Tahiti.

Solomon Islands will open its campaign against the Cook Islands on Friday 18th March 2022 at 1am SI time.

The Cook Islands have included players based in New Zealand, Australia and England, in addition to talent from their own domestic league, for this World Cup qualifiers campaign.

Solomon Islands has a youthful side, and have shown great promise in friendly matches played in Brisbane, Australia.

According to current FIFA standings, Solomon Islands is the second highest ranked team in Oceania behind New Zealand.

All the games will also will be live streamed on MyCujoo/ElevenSports and the OFC website.