Work in New Zealand Enhances Lifestyle Back in Islands 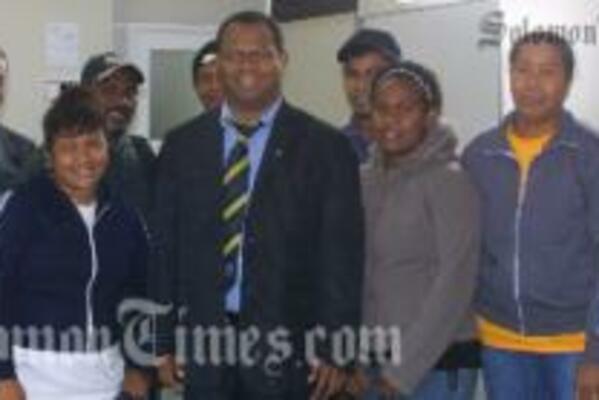 The New Zealand kiwifruit industry is helping provide an economic way forward for Solomon Islanders which the country's Minister for Development Planning and Aid Co-ordination, Steve Abana, hopes will continue to grow.

``Only a small number of Solomon Islanders are currently taking part in the scheme but I would like to encourage it to grow in future,'' he told the Bay of Plenty Times.

Last year about 200 Solomon Islanders were part of the scheme, which allows New Zealand employers to bring seasonal staff from Pacific nations to work during the kiwifruit harvest.

``This year around 300 of our people were employed but it is expected those numbers will grow over the next two to three years,'' he said. ``The scheme is very new and it is too early to say how it could be improved but from what I have seen I am pleased with how it is working.''

The group lunched with Solomon Islanders employed at Aongatete Ltd. The workers were happy with their employment even though they suffered a little from an unusually cold winter.

Many of the workers use the money they earn to pay for their, or their children's, education, as well as improve their standard of living.

``Some live in Honiara but others live in villages. As well as funds, some have returned home with solar panels to power lights which means they no longer have to buy kerosene,'' Mr Abana said.

Chainsaws and other items not readily available in the Islands were also purchased in New Zealand he said.

``There are too many young people who are unemployed and have dropped out of school but I strongly believe in showing there is a future for them.''

The kiwifruit industry with its demand for reliable and skilled labour offered opportunities to not only earn money but gain a range of new work and personal skills and Mr Abana said assisting his people to get to New Zealand was one way his government could help.

The ministerial party toured the Aongatete and Seeka Packhouses in Katikati before visiting Te Puke's Kiwi 360 tourist attraction. Earlier in the visit, the party also met with ministers and government officials in Wellington to discuss a wide range of issues including trade and aid.