With Solomon Islands Support, French Polynesia Back on the Decolonization List 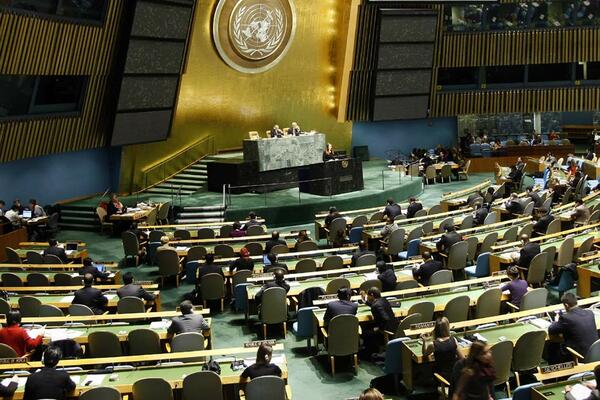 Prime Minister Gordon Darcy Lilo says he is thrilled with the news that the United Nations General Assembly has voted to place French Polynesia back on the UN list territories that should be decolonized.

The United Nations General Assembly voted on Friday to place French Polynesia back on the UN list of territories that should be decolonized and requested the French Government to “facilitate rapid progress […] towards a self-determination process.”

The resolution, passed by consensus in the 193 member assembly, was called for by the Solomon Islands and other Pacific states who back the Pacific territory's pro-independence parties.

Adopting a consensus resolution tabled by Solomon Islands and other Pacific states the Assembly affirmed “the inalienable right of the people of French Polynesia to self-determination and independence” under the UN Charter, and declared that “an obligation exists [under the Charter] on the part of the Government of France, as the administering Power of the Territory, to transmit information on French Polynesia.”

Through their statements in the Assembly, the United Kingdom, the United States, Germany and the Netherlands all disassociated themselves from the consensus vote.

According to news reports, the French delegation to the UN sent a letter to Member States on Thursday announcing that it would not be taking part in the Assembly meeting.

Mr Lilo, who had personally pushed the agenda regardless of external pressures to delay the resolution, stated that throughout the process “he had stood firm and ensured that it be put through the United Nations.”

He says Solomon Islands had led the charge at the UN level as one of the primary sponsors of the resolution.

He thanked the Solomon Islands Ambassador to the UN H.E Collin Beck for his outstanding effort in pushing the resolution at the UN level.

France annexed different parts of Polynesia during the 19th century. The territory of about 275,000 people is best known now for tourist island of Tahiti and for the French nuclear tests carried out there up to the mid-1990s.

Solomon Islands UN Ambassador H.E Collin Beck, who introduced the resolution with Nauru, Tuvalu, Samoa, Vanuatu and East Timor, told the General Assembly there was "wide international support" for putting Polynesia back on the list.

"The map of decolonizing remains an unfinished business of the United Nations," Beck said.

The result of elections in French Polynesia "must never be equated with a referendum" on self-determination, he added.