Will and Kate Confirmed for September 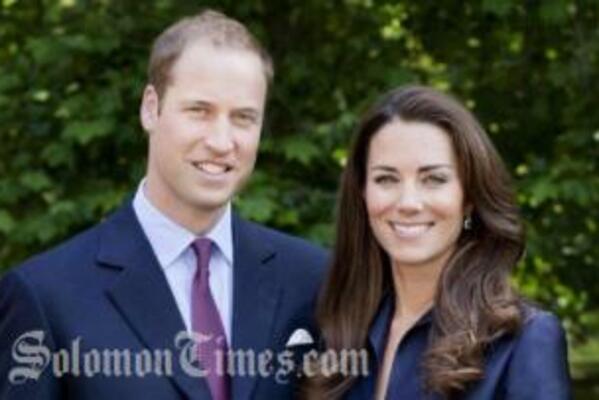 Britain's Duke and Duchess of Cambridge will visit the Solomon Islands in September.

The royal couple will arrive in the country in the second week of September, according to Nigel Maezama, the Private Secretary to the Governor General.

"The second week of September is listed as the time they will arrive in the country apart from other countries they will be visiting."

He also said the duration of time they would be staying in the country and the proposed places they would be visiting needs to be confirmed.

A committee has been set up to prepare for Prince William and Duchess Catherine's visit and they have already been working on plans for their arrival.

The couple - who married last April - will also be visiting Malaysia, Singapore, and Tuvalu.

Their visits are part of the British royals' global tour this year to celebrate Queen Elizabeth's Diamond Jubilee.

They will visit every realm where the queen is head of state as well as trips to other major countries in the Commonwealth.

William's brother Prince Harry is currently on a tour of Belize, Jamaica, and the Bahamas, while his father Prince Charles and his wife Camilla, the Duchess of Cornwall, will visit Australia, Canada, Papua New Guinea and New Zealand.

The queen will embark on a tour of the United Kingdom taking in every region across England, Wales, Scotland and Northern Ireland in the next few months.