“Why is Prime Minister Tight-lipped Over China Flight:” Opposition Leader 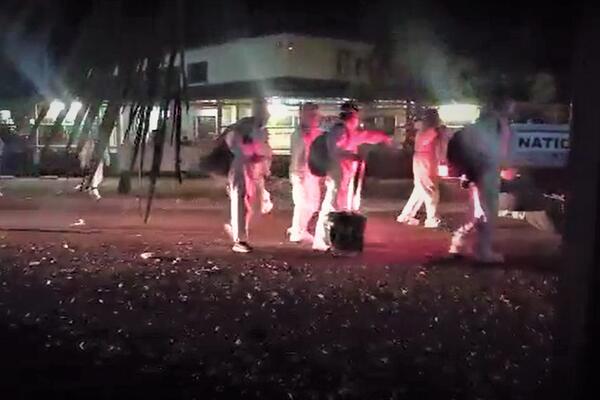 The Leader of Opposition said the Prime Minister in his recent addresses has clearly stated that there will be no incoming or outgoing passenger flights, yet a chartered passenger flight was allowed into the country under the radar.
Source: Supplied
Share
Wednesday, 02 February 2022 08:02 AM

Opposition Leader Hon Matthew Wale has questioned the Prime Minister as to why his office is tight-lipped over the arrival of Chinese nationals on a chartered flight over the weekend.

Hon Wale in a statement said there was not even a statement issued about the chartered flight from China, before or after its arrival.

The Opposition Office was informed that the Chinese nationals are here as additional staff for the Pacific Games 2023 preparations.

However, the lack of information provided by OPMC has raised more questions than answers.

The Leader of Opposition said the Prime Minister in his recent addresses has clearly stated that there will be no incoming or outgoing passenger flights, yet a chartered passenger flight was allowed into the country under the radar.

Hon Wale said the lack of proper communication and the government’s actions are highly questionable.

He said it is also irresponsible of the Government that during this current situation, they are still focused and resourcing the PG 2023 preparations instead of urgently dealing with the COVID 19 crisis in the country.

“How irresponsible of the Prime Minister as minister of the PG 2023 to prioritise a sporting event over the health and lives of his own people. Where is the common sense and dignity here?” Hon Wale questioned.

The Opposition Leader reiterated that it is tragic that the priority now is on building stadiums and not health care infrastructure.

“The number of cases is increasing daily with reported deaths, yet the government is still to announce a national response plan for Honiara and the provinces. And in the midst of all these, the priority is not about caring for the health and lives of our people,” Hon Wale said.