Why Are MPs, their Families and the PMO Given Priority for Testing: Wale 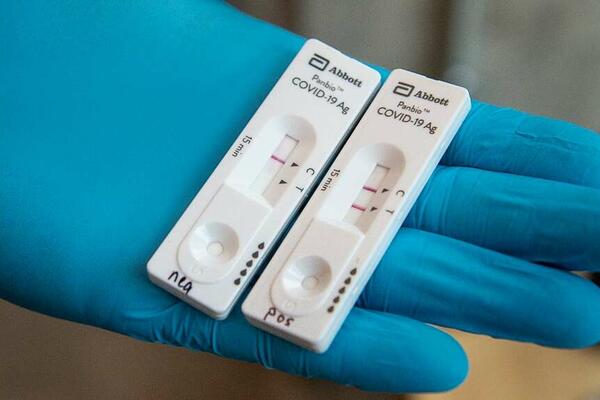 Hon Wale said such self-serving attitude should not be practiced during this time.
Source: CTV News
Share
Wednesday, 09 February 2022 09:38 AM

Leader of Opposition Hon Matthew Wale has questioned the rationale behind the Oversight Committee’s directive to prioritise COVID testing for Members of Parliament, their families and the Prime Minister’s Office.

In a statement today, Hon Wale said it is unfair for the many frontliners and citizens around the country that do not have the privilege and access to get tested.

“It is sad that citizens have been turned back at the Auditorium today and the past few days that testing is only for MPs, their families and PMO officials. What is the rationale behind this,” he said.

Hon Wale said such self-serving attitude should not be practiced during this time.
The Opposition Leader said if government’s policy is to test its workforce first then they should prioritize purchase of RAT kits accessible to households for our people.

Hon Wale said even the 1000 RAT kits distributed to each province as announced by the Health Minister last week is not enough.

“I am reiterating my call for the government to purchase more RAT kits for our people not only in Honiara but in the provinces. The government must be fair and not to be seen as prioritizing only a certain class of people from the rest of the citizens,” he said.

Meanwhile, the Opposition Leader has also raised concerns why private clinics are charging people for COVID testing at a very high cost.

“If the ministry of health is collaborating with private clinics to administer testing, then it should be free and people should not pay for it,” he said.