Why Are Authorities Tightlipped Over Gun Shipment? 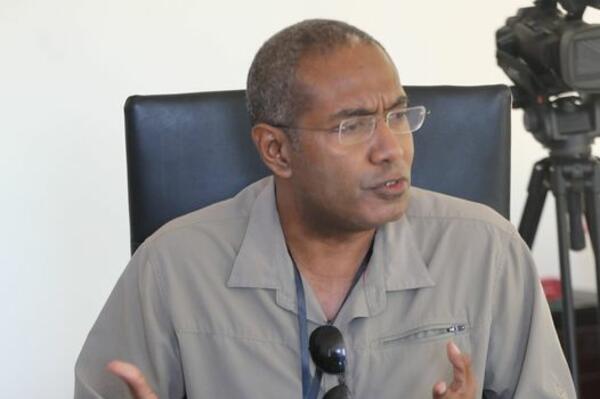 Hon Kenilorea has reiterated that a public display in a media conference of all the replica arms, which apparently arrived in four big crates should be organized to ease the minds of people.
Source: Supplied
Share
Tuesday, 22 March 2022 16:08 PM

Chairman for Parliamentary Foreign Relations Committee and Opposition MP Hon Peter Kenilorea Jnr says he is concerned that authorities might be tightlipped over facts related to the guns shipment.

This followed recent media reports of exposing very interesting information about the undisclosed guns shipment into the country.

In a statement today, the MP for East Are’Are said contradicting statements from the Customs Comptroller and the Police Commissioner raises a lot of questions than answers.

He said the fact that government officials, public servants, are advised not to say a word on the matter is very concerning.

Hon Kenilorea said he has written to the Police Commissioner in his capacity as the Chairman of Parliamentary Foreign Relations.

He acknowledged the response by the Police Commissioner that the guns shipment is currently under police investigation.

“Questions that raises a lot of suspicion are why are replica guns offloaded at a log pond somewhere in Guadalcanal on a logging barge? Why are they not shipped commercially and offloaded at our internationally recognized port? If they are replica guns for police then why is police not aware of the consignment and still investigating the matter? Why are the replica guns sent to entities that are not authorized entities?” Hon Kenilorea questioned.

The Opposition MP said the fact that the consignment was still under police investigation, ordered to be kept at Queen’s Warehouse and later released raises a lot of suspicions.

Hon Kenilorea has reiterated that a public display in a media conference of all the replica arms, which apparently arrived in four big crates should be organized to ease the minds of people.

“This country had a dark history with guns and anything as such allegedly brought into the country under cover is concerning and very sensitive. We should never go done that road and that is why the issue of guns will cause great anxiety amongst citizens in this country, ” he said.

Hon Kenilorea stated that the narrative promoted by Police that these replicas are to help with training for Solomon Islands UN Peacekeeping operations is laughable.