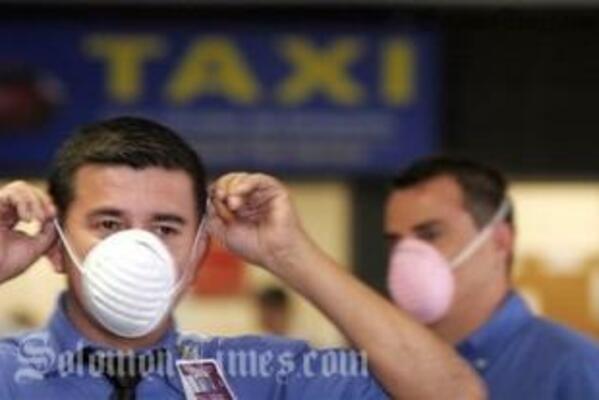 The flu epidemic that is severely affecting Mexico and spreading to other parts of the world is highly likely to also reach the region, the World Health Organization (WHO) has cautioned.

Swine flu, a type of influenza that is caused by Orthomyxoviruses that are endemic to pig populations, is currently causing concern in the global community as the virus has spread from Mexico, where it was first detected, to nearby United States and other countries with confirmed cases in Canada, Spain and the United Kingdom.

According to Radio New Zealand International, the WHO says that 'it's highly likely swine flu will reach the Pacific'.
The report states that 9 students and a teacher have tested positive for what is likely to be the virus in New Zealand after a school trip to Mexico.

Medical Officer at the South Pacific WHO, Dr. Jacob Kool, says Pacific countries have been advised over the last few years to make contingency plans in the event of such a virus hitting.

"I think it's inevitable that some countries at least will get this illness. We don't know yet how severe this illness is. Is it really so severe as in Mexico or is it not as severe? So if it hits the Pacific I think the Pacific is a very vulnerable area. Countries only have limited stretch of their health-care system of their public services. So if there is a lot of absenteeism because of illness a lot of essential services might break down."

Dr. Jacob Kool says it's important health care workers and the public are fully informed about the illness.

According to the Associated Press, it is believed that the swine flu death toll so far in Mexico is 149 with Health Secretary, Jose Angel Cordova, stating that '20 of the deaths have been confirmed to be from swine flu and the government was awaiting results on the others'.

'The virus has been confirmed or suspected in at least a half-dozen other countries and has caused the U.S. to declare a health emergency'.

Meanwhile, in a press release yesterday, the World Bank announced that it will support Mexico's efforts to fight the spread of the Swine Flu virus with 'more than $205 million in fast disbursing funds'.

World Bank President, Robert B. Zoellick, stated, "Our first, second, and third focus is on people's health and lives", explaining that the World Bank is also helping Mexico with the lessons learned from other similar experiences in fighting SARS and Avian Flu.