Where is the Stimulus Package? 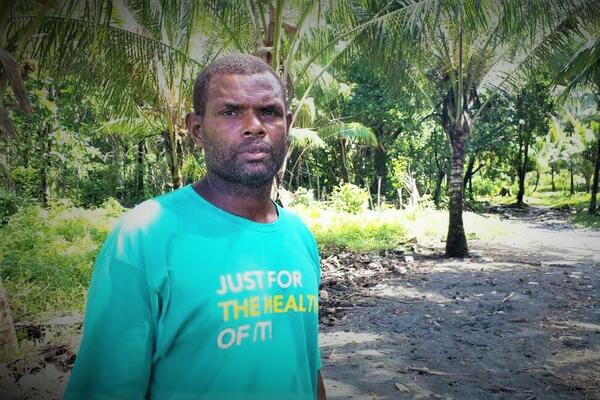 Having completed his application Mathew says he is disappointed and feels that they may have wasted their time.
Source: STO
By Jeremy Gwao
Share
Wednesday, 23 September 2020 10:39 AM

It has been four months since the government’s US$37.5 million stimulus package was announced, and two months since applications for rural areas closed.

To date villagers have not heard, nor updated, of progress. Perhaps it has been made through news channels, or social media, but not directly to those in the rural areas – where the program supposedly targeted.

Mathew Lusile is one of those that is still waiting for news, or update on progress. Based in Haliatu, South Guadalcanal, Mathew says he is losing hope, and asks why it is taking this long to process.

“The package sounds good, we receive information from the government officials who visited us, and we filled out the forms.

“The process itself was very tough for us and some of us are very illiterate so to work with such application was very tough,’’ Mathew said.

Having completed his application Mathew says he is disappointed and feels that they may have wasted their time.

“Those in charge should explain the whole process, what was needed and the real story of how possible it is, and not give us rural people high expectation.

“At this stage people are now complaining, so what is the delay and why there is no feedback?”

The Permanent Secretary of the Ministry of Finance and Treasury, during a recent talk back show, assured applicants that the process to screen and award support has started.

He says part of the difficulty in fast tracking the process is the challenges associated with the verification and assessment of each applicant. He says once that is complete his office will start facilitating payments.