What Now After Royal Visit? 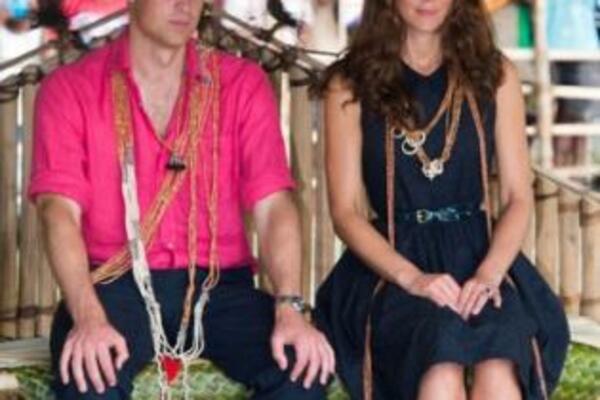 For two days the streets were jam-packed with people and cars, wherever Prince William and Kate walked people would run alongside with a breathless excitement.
Source: zimbio.com
Share
Friday, 21 September 2012 11:12 AM

It's a little bit like a whirlwind has swept through Honiara, Solomon Islands leaving just a puff of dust behind.

What an insane few days it's been with the Duke and Duchess of Cambridge coming to the Solomon Islands.

For two days the streets were jam-packed with people and cars, wherever Prince William and Kate walked people would run alongside with a breathless excitement.

And suddenly they were gone along with the 70-plus international media that came in their wake and its life as usual in Honiara.

The pages of the local newspaper - once full of photos of Prince William and Kate talking to smiling people - have been replaced with the usual.

The Prime Minister, Gordon Darcy Lilo, must be wishing for the return of the royal couple.

There is a story about his trip to the United Nations meeting in New York - where he is leading a team of 16 people including his wife, executive secretary and a number of political appointments.

Quite rightly there is outrage over how one of the poorest countries in the Pacific can afford to send 16 people to a UN meeting. The simple answer is it can't.

The rather weak response is the big team needs to go to build on the Rio Plus 20 summit, to push for nomination for some UN bodies and to promote gender equality.

That's nice. Maybe two people could do that.

You see, here's the thing. The Prince William and Kate tour was amazing - it really was. The Solomons did a great job hosting them and will hopefully benefit in tourism dollars.

But life goes on. Unemployment is incredibly high with a ballooning youth population, there's weak governance and low levels of investment.

Politicians can't ride on that royal wave of success now, it's over.

The tide has gone out and it's time to do the job the people elected them to do.