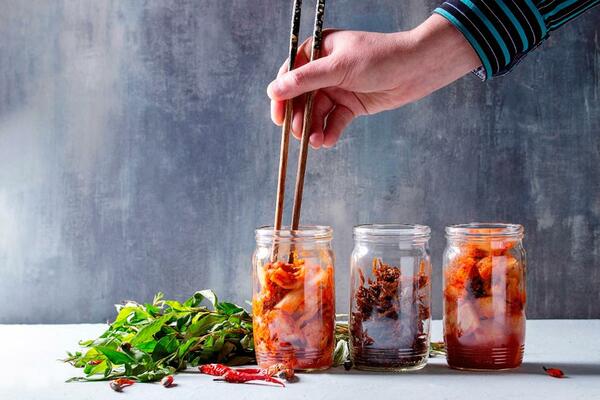 The word foodie is one of the most overused and misunderstood terms in urban lingo.

Not so long ago, it was equated with the enjoyment of fine food and extravagant dining experiences. But thankfully, this has changed.

The new food culture is no longer just a sensory experience, a figment of social media or #foodporn. The new foodie thinks critically about the food that they eat.

“Eaters of today want more real food as well as the story that goes behind it. They want food that tastes good, that’s socially good, and good for the environment,” says Danielle Nierenberg, President and Founder of Food Tank.

The Foodies of 2020 seek to inspire and nourish not just their bodies, but also their hearts, their conscience and their minds.

Here’s what it will take to be a foodie in the next decade:

With issues such as hunger, malnutrition, food insecurity and climate change at the core of the global agenda, consumers have more of an obligation than ever before to make responsible decisions about what they eat and how they eat it.

“Being a foodie means supporting your local community,” says Stephanie Parker, owner of Epicurean San Diego, a Culinary Tour and Farm-to-Table Events Company based in San Diego. “Being intentional about your choices, from shopping at your farmers market or corner store to dining out. It’s about having a connection to what you’re eating and who you’re spending your dollars with. Every time you make a purchase from someone in your local community, you’re voting with your dollar and you’re supporting their dream for a healthier, more equitable and sustainable food system.”

2020 Foodies want to connect with the history of food

“Foodies are attuned to opportunities to learn about food, where it comes from, and how it reflects different cultures and the past,” says a senior consultant at Reach Advisors.

Food museums have become increasingly popular. Alimentarium Food Museum in Vevey Switzerland features interactive exhibits of food around the globe through history and is one of the most patronised food museums in the world.

“Scattered Jamaica” a video series, created by Jamaican culinary and cultural events company, the Reggae Chefs, identifies and depicts the global roots of Jamaica’s culinary traditions. The series identifies Jamaican “touch-points” in regions as far apart as New Orleans, Panama, Ghana, and London and was publicly launched in a “Passport Dinner Series,” a dining experience designed to give the feel of being transported to foreign destinations. The series earned its producer a Business Visionary Award and a Business Innovation and Game Changer Award from The Caribbean American Chamber of Commerce and Industries.

“I truly believe that things come full circle,” says Stephanie Parker. My grandparents generation ate local, grew their own food, were savvy on no waste cooking, they preserved and fermented everything, they traded goods with neighbours, made their own home products; all out of necessity, really, before it all became trendy for our generation. We are just getting back to the basics in my opinion and people are craving the connection with the past.”

2020 Foodies want to learn about food systems and food issues

With titles such as Greenfeast by Nigel Slater (plant based cook book), East by Meera Sodha (vegan and vegetarian recipes) and Bee Wilson’s The Way We Eat Now (an analysis of food systems and the culinary influence of global economics), the Guardian’s annual Best cookbooks and food writing for 2019 is surely a sign of the changing times.

Not only have dining preferences changed, but the need to be as responsible and as informed as possible about those decisions has changed.

The first ever New York Times Food Festival epitomised how food culture has transcended from extravagance to tasteful simplicity— the perfect mouthful of intellectual and sensory nourishment.

With breakout sessions such as “Creating change through cooking” and “Feeding the World,” the talks at the event explored how food has the power to promote change, connect people and drive empowerment.

2020 Foodies want to know where their food has been, from farm to fork

This includes the people, the places and the supply chains behind their food. “People are realising their relationships play a huge role in their buying decisions, the health benefits of eating nutrient dense food, grown with care and the local ecosystem they’re a part of,” says Stephanie Parker.

The highly acclaimed FOOD: Bigger than the Plate exhibition was the 2019 signature event at the Victoria and Albert Museum in London, taking visitors on a journey through the global food chain, from compost to table.

2020 Foodies do not equate luxury dining with a price tag

Foodie culture isn’t as shallow as it used to be. The image of a snobby chef who turns up his nose at the diner in sneakers has become a historical figment of Hollywood.

“And while “luxury” may have changed, people still want something delicious—that’s unlikely to ever change,” says Danielle Nierenberg. “It’s exciting that so many chefs and restaurants are bringing the joy factor back to food—instead of creating gastronomical science experiments, they’re letting their clientele taste simple, good food that is minimally prepared and sourced locally and regionally.”

The power of food to bring people together means that it can inspire a revolution— this is the hope for the decade ahead.

Daphne Ewing-Chow is an environmental writer with a focus on food and agriculture, and commute between the Southern Caribbean (Barbados) and the Northern Caribbean (Cayman Islands).