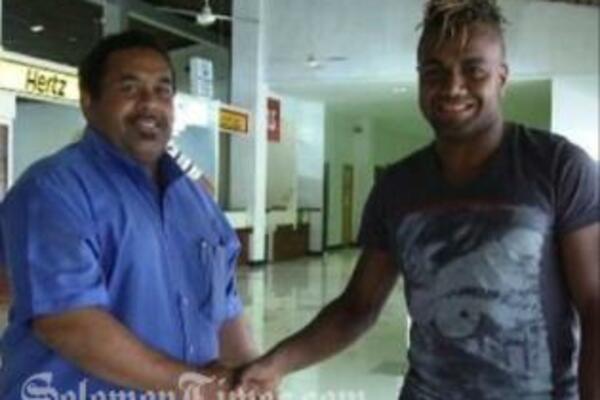 Jack Wetney has spent the last three months in Turkey trialling with professional clubs but arrived back in Vanuatu last week and headed straight to the Vanuatu Football Federation's academy in Teouma, where the Amicale players are in a two-week camp to prepare for their O-League opener against Hekari United.

Wetney is pleased to be be amongst his team mates again, nine others of whom are also Solomon Islanders, and is looking forward to having another crack at the Pacific's premier club competition.

"I am very happy to be back in Vanuatu and would like to let all the fans know that everything is going well," he says.

"I will try to improve my game further with Amicale this season and my main objective is to help the club achieve great results again in the O-League competition."

The Reds have a lot to live up to in the new campaign after surprising many onlookers last term by making it all the way to the final, where their FIFA Club World Cup drean ended with a 6-1 loss on aggregate to New Zealand side Auckland City.

Wetney played a big role in that success, joining forces with the likes of Fenedy Masauvakalo, whose eight strikes earned him the O-League's golden boot, and Solomon wingers Gibson Daudau and Alick Maemae to form one of the most feared attacking combinations in the league.

Each of those key players have returned to the squad while coach Luke Eroi has also added to his striking options with several exciting signings.

Internationals Joe Luwi and Kensi Tangis, who were in the Solomon Islands and Vanuatu squads respectively at the recent XIV Pacific Games in New Caledonia, have both arrived, as has Joachim Waroi, yet another Solomon Islands striker who spent the first half of last season in Papua New Guinea with Hekari.

Amicale are in good form going into the O-League having made a bright start to the domestic TVL Premier League and will be hoping to continue that against Hekari on October 29 at PVL Stadium.