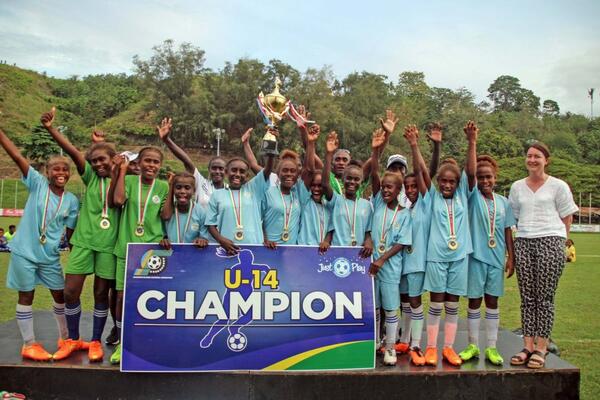 Western Tomoko and Honiara Thunders become champions of the first-ever SIFF Just Play U-14 National Championship after both teams won their finals at Lawson Tama.

Western Tomoko girls U-14 team defeated Isabel Frigates in the final 3-2 on penalties after both team couldn’t be separated at the end of extra-time.

In the boy’s category, an all Honiara affair see Honiara Thunder edge past their brothers Honiara Tigers 1-0 in the final.

Other awards are as follows;

Solomon Islands Footbal Federation (SIFF) Youth Development Officer, Eddie Rukumana, said the championship was the first of its kind to be hosted by SIFF.

He says it is also the biggest youth tournament, with 42 teams competing in the week long championship. Rukumana says the tournament is part of SIFF's long-term strategic plan for player identification and development for future national men’s and women’s teams.