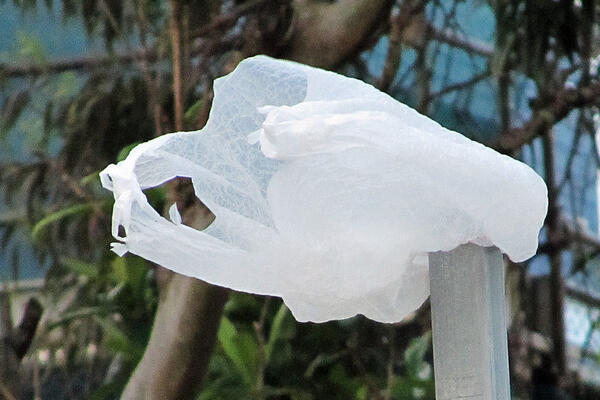 “The world has taken notice of the problem and the international community is calling for action."
Source: EURActiv
Share
Tuesday, 07 May 2019 11:45 AM

“We are not going to wait for the national government to take action and therefore we have taken it upon ourselves to lead the country,” said the Premier of Western Province, David Gina.

The Western Province may soon be a national leader in efforts to curb the use of plastic bags and cutback on plastic waste. The provincial executive has endorsed an action plan to ban the use of single use plastic bags in the province.

Premier David Gina says the white paper was prepared by Dr Transform Aqarou and David Boseto, both of whom are members of the Western Province Environment Network.

Premier Gina stated they are aware of the challenges and the resources they would need to enforce this ban, adding they stand with the growing chorus of opposition to tackle this problem.

“The world has taken notice of the problem and the international community is calling for action.

"The next step after the adoption of the white paper is to have a series of public consultation including business houses and members of the public before the ordinance is passed by the full assembly."

“We all need to act and work together,” he added.

“We are now going to reach out to the Ministry of the Environment and Secretariat of the Pacific Environment Programme to provide technical support for the implementation of the ban,” he concluded.

The proposed plastic ban was initiated by the former Wayne Maepio led government.

Plastic bags are in the top five items found in beach cleanups and the harm to wildlife has been well documented.

Bags are consumed whole by sea turtles, dolphins and whales. There are growing cases of dead whales found with stomachs crammed with bags and other plastics, washed up on beaches.

Shoppers collectively use around 500 billion single-use plastic bags every year. That’s 150 bags per person, per year, for every single person on Earth — or enough to circle the globe 4,200 times.

At least 32 countries around the world have plastic bag bans in place — and nearly half are in Africa, where plastic bags frequently clog drains, leading to increased mosquito swarms (and, as a result, bouts of malaria).