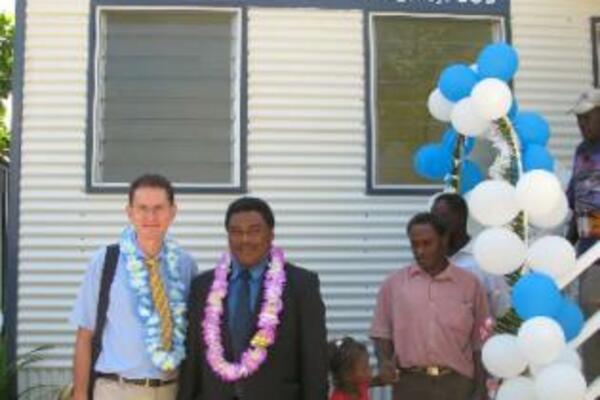 The new facilities are part of RAMSI's ongoing support to help improve and modernize the working environment of the Royal Solomon Islands Police Force (RSIPF) throughout the country.

"I want to thank Premier Lilo and his Provincial Government for their valuable support in helping us complete the project," Mr Coppel said.

"RAMSI's Participating Police Force will continue to station officers at Gizo and include Western Provincial Police Headquarters in its mentoring program."

During the ceremony, the Minister of Police, the Hon Chris Laore thanked the Australian Government and RAMSI for its ongoing support for improving police infrastructure in Solomon Islands.

The funding for the new and refurbished facilities is part of a larger program of support from the Australian Government for RAMSI to construct a number of police houses and provincial headquarters throughout the country.