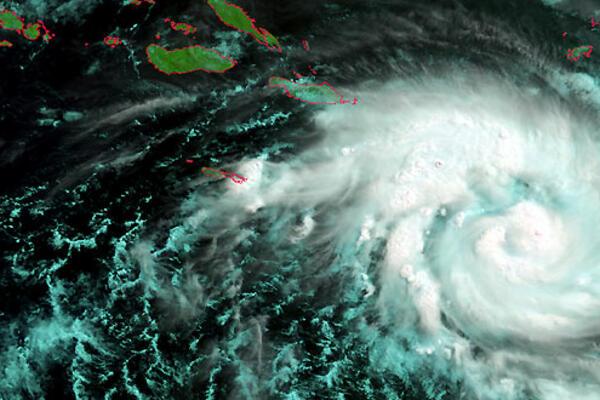 “Sometimes the language is too scientific. And so, maybe they have access to the information, but may have problems understanding the issue. So, that is an issue, one of the challenges that we have."
Source: ESA Earth Online
By Georgina Kekea
Share
Friday, 22 January 2021 08:58 AM

The World Meteorological organisation is encouraging member countries to implement what is known as the impact-based forecasting.

Director of the Solomon Islands Weather office, Mr. David Hiriasia told Solomon Times Online that what this means is that instead of just forecasting the weather, the Met office will forecast on what the impact will be. Hiriasia says based on national workshops they have held in the past communities are recommending a change in the language and way information is transferred.

“Sometimes the language is too scientific. And so, maybe they have access to the information, but may have problems understanding the issue. So, that is an issue, one of the challenges that we have”.

But Mr. Hiriasia says they are currently in the process of addressing the issue of scientific jargon and scientific words when it comes to forecasting the weather. He says in the 2021 Solomon Islands Meteorology work plan, they should start looking at developing the necessary tools needed to address such changes.

“So, there are approach methods during the workshop participants prefer. One is putting notice boards especially in provincial or urban centres, or where there is a small jetty. In Honiara for example we will probably look at putting that at the yacht club. Instead of putting the actual wordings we plan to put some sort of dialler. If you have red then that means there is a strong wind warning and different colours that indicate the state of the sea, rather than just the text”, Hiriasia explains.

“In Palau, the system is developed with the National Weather Service of the USA, they use flags. So, if there is a red flag on some known location that indicates there is a tsunami warning somewhere. And so, it gives an indication that the sea is not good for travelling”.

The World Meteorology Organization (WMO) says there is a need for impact-based forecasting as the information provided by weather offices are no longer enough to provide a good weather forecast or warning.

WMO says people are now demanding information about what to do to ensure their safety and protect their property.

“Also, in the plan we are looking at expanding the traditional knowledge. This is especially for the rural communities. So far, we've worked with communities in Russells and we have extended that to Makira”, Hiriasia says.

He says his office is also using NGOs to help them in their work since NGOs have a good knowledge and experience in working with communities.

“We have eight communities all together in Makira looking at traditional knowledge on the weather and climate. During one of our lessons learned workshop, one of the community leaders, he did mention something about, before Cyclone Harold hit, they watch, or they observe the frigate birds. And so, they knew that there was a storm coming. So, we are now working with those eight communities. We have a basic, very unique database that we are using at the moment and we are storing all that information into that”, Hiriasia says.

The Director of the Meteorological office however says implementation of their work plan will depend very much on the availability of funds.