We Will Never Host Any Military Base: Sogavare 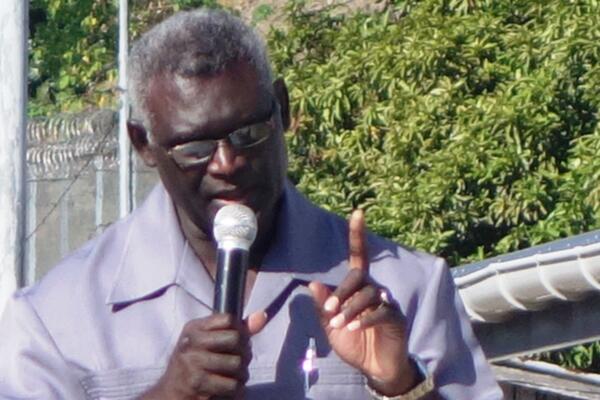 The Prime Minister also paid tribute to the Pacific family led by Australia and New Zealand who have helped to restore peace, security and economic wellbeing of the country during the darkest days of the nation.
Source: File: SIBC
Share
Wednesday, 06 April 2022 09:14 AM

In his national address of late, Prime Minister Manasseh Sogavare assured the citizens of this country that Solomon Islands will never be used as a military base or other military institutions by any foreign country now or in the future.

Sogavare stated that any naval or military base established by a foreign country or countries will destroy the country, while what the country needs right now is development.

“It will not be in the interest of Solomon Islands to host any naval or military base of any country, because that will immediately make Solomon Islands a military target for other countries,” the Prime Minister stated.

The Prime Minister also paid tribute to the Pacific family led by Australia and New Zealand who have helped to restore peace, security and economic wellbeing of the country during the darkest days of the nation.

Sogavare added that the same support was sought when the Pacific family were called up again to protect democracy during the November 2021 riots.

“As a country, we can never repay the costs and sacrifices made by these countries to support us,” he stated.

The Prime Minister further revealed that in a letter to Prime Minister Morrison he has assured his counterpart that his government will not do anything to put the Pacific family’s security at risk.

“I also reiterate that Australia remains our partner of choice and we will not do anything to undermine Australia’s national security,” Prime Minister Manasseh Sogavare reaffirmed.