We Are Not That Bad, Sogavare on Corruption 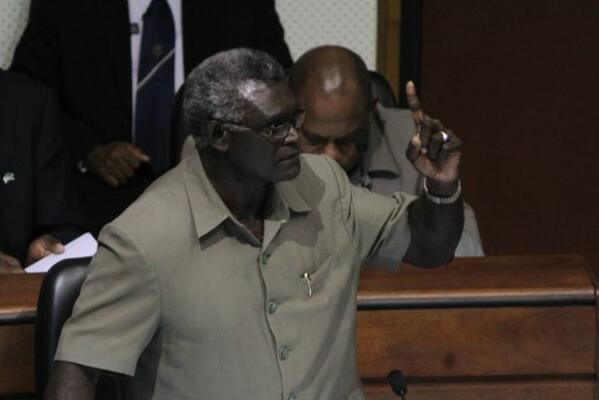 Solomon Islands Prime Minister Manasseh Sogavare has encouraged politicians to use the country’s poor worldwide perception on corruption as a challenge, while telling Parliament the island nation is actually “not that bad."
Source: Photo supplied
Share
Wednesday, 15 March 2017 07:46 AM

Solomon Islands Prime Minister Manasseh Sogavare has encouraged politicians to use the country’s poor worldwide perception on corruption as a challenge, while telling Parliament the island nation is actually “not that bad”.

Mr Sogavare was speaking in Parliament on the ongoing debate around the Anti-Corruption bill, denying there was a split in the Coalition for Change over the bill.

“I feel offended when the international community tells us we rank quite high in the corruption perception indices. I don’t want that.

“We are serious about the fight, contrary to what people are saying about us,” he told Parliament.

“We, the 50 of us, are determined to be champions in the fight against corruption.

“We realise it is not an easy fight because of the complications posted by our human weaknesses, but we are determined to take it through.”

The Solomon Islands is ranked 72nd out of 176 countries in Transparency International’s 2016 Corruption Perception Index.

Solomon Islands are a signatory to the United Nations Convention against Corruption (UNCAC), having acceded to UNCAC on 8th of January 2012.

The five chapters spelled out in the UNCAC are preventive measures, criminalization and law enforcement, international cooperation, asset recovery and technical assistance and information exchange.