Watch Out for Crocodiles! 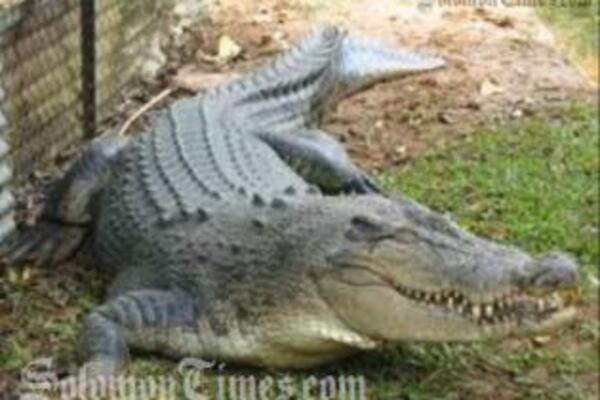 "People should avoid bathing in or near rivers and canals as crocodiles are likely to move with flood waters," said Police Commissioner Marshall.
Source: STO Archives
Share
Friday, 12 November 2010 11:30 AM

Police have killed a large crocodile in response to numerous sightings reported by the public over the last few days.

Police Commissioner, Peter Marshall, says there has been an increase in reports of crocodile sightings off the coast between the Iron Bottom Sound and Kakabona area.

Speaking to the local media today, Peter Marshall says following the reports, police confirmed the presence of two large crocodiles and killed one a few days ago.

He warned the general public, especially people living between Iron Bottom Sound through to Kakabona area, to take extra care when going swimming.

The police are also encouraging members of the public to exercise extreme caution in areas close to swamps, wetlands and gullies as crocodiles are likely to be displaced from their natural habitats during this period of heavy rains.

"People should avoid bathing in or near rivers and canals as crocodiles are likely to move with flood waters," said Police Commissioner Marshall.