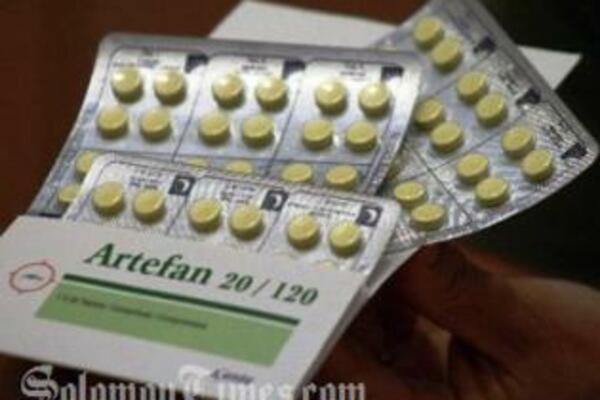 Scientists found that some of the fake tablets contained pharmaceutical ingredients that might initially alleviate the symptoms of malaria, but fail to cure it.
Source: Photo Supplied
Share
Wednesday, 18 January 2012 08:39 AM

The authors of a new report said there has been a dramatic rise in poor-quality and counterfeit antimalarial drugs sold to developing countries, some of which has been traced to China, threatening gains made in fighting malaria.

The fake antimalarial drug could harm patients and lead to drug resistance among malaria parasites, according to the study published in the Malaria Journal, and funded by the UK's Wellcome Trust.

Scientists found that some of the fake tablets contained pharmaceutical ingredients that might initially alleviate the symptoms of malaria, but fail to cure it.

The research revealed that small amounts of artemisinin, one of the key drugs used to treat malaria, are added to fake tablets in order to pass authenticity tests. The small amount is not enough to get rid of malaria parasites in the body, but could lead to the parasites building up drug resistance.

"The enormous investment in the development, evaluation and deployment of antimalarial drugs is wasted if the medicines that patient actually take are, due to criminality or carelessness, of poor quality and do not cure," he said.

"Failure to take action will put at risk the lives of millions of people, particularly children and pregnant women."

The scientists called for increased investment in national medicine regulatory authorities to safeguard the quality of antimalarial drugs.

Newton called the fake medicines "murderous," and said it is extremely difficult to tell the difference between genuine and fake. While some fake medicine packages might have spelling errors, other counterfeits are near impossible to tell with the naked eye.

The Solomon Islands Ministry of Health and Medical Services say that donor partners are always vigilant, with tests carried out regularly. They have assured the public that the there are safeguards in place which would prevent such fake tablets from reaching Solomon Islands.