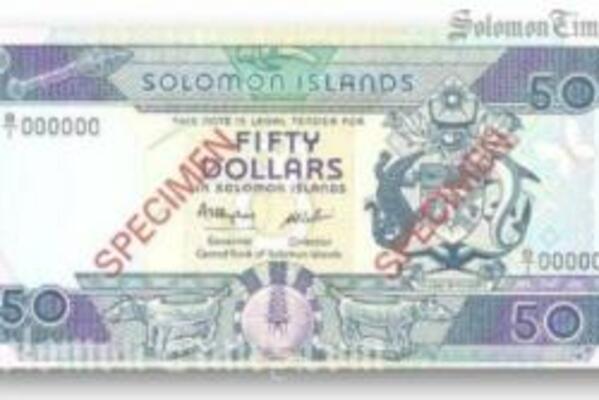 These recent counterfeits are produced in the value of 50 dollars and 100 dollar bills.
Source: cbsi.com.sb
Share
Wednesday, 12 September 2012 08:47 AM

The Central Bank of Solomon Islands has advised the general public that new counterfeit notes or fake money are once again circulating within the economy.

The bank says according to reports, these recent counterfeits are produced in the value of 50 dollars and 100 dollar bills.

These fake notes recently identified by the commercial banks look like the real legal tender notes, but lack the security features that can be used to identify them as genuine money.

It is believed that high definition and professional printing machines may be used in the design and production of these fake money.

The Central Bank therefore warns the public to be careful and to take time to familiarize themselves with the visible security features on our paper money, before accepting these high valued notes.

It says people must also feel the rough texture of the genuine notes to differentiate them from normal commercial papers usually used by counterfeiters.

The Central Bank warns the public that consequences associated with those caught engaging in counterfeiting are very serious.

Penalties imposed on counterfeiters include a 50-thousand dollars fine and up to 7 months imprisonment or both.