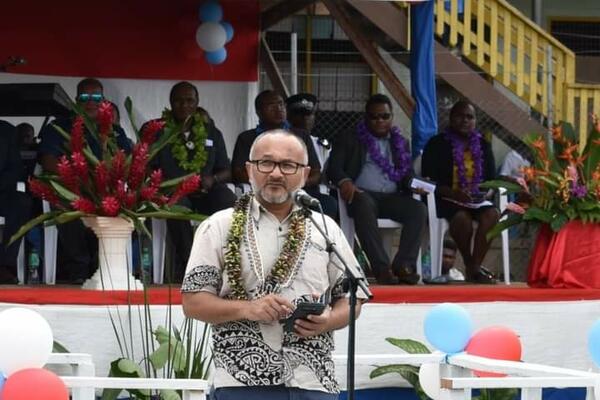 “There clearly is little trust left between the two levels of governments, and this is not good for our country," the Leader of the Opposition said.
Source: Supplied
Share
Wednesday, 09 September 2020 07:55 AM

The Leader of Opposition Hon. Matthew Wale has called on Prime Minister Sogavare to lead a delegation of government ministers, which should include ministers who are Malaitan MPs, to enter into constructive dialogue with the Premier and government of Malaita province.

Hon. Wale said the situation between the national government and the Malaita provincial government seems to be getting worse.

The Opposition Leader said both sides need to step back from engaging in actions that are likely to add fuel to an already inflamed situation.

“There clearly is little trust left between the two levels of governments, and this is not good for our country.

“Both sides have reasonable grounds on issues of concern and ought to enter into dialogue to seek mutual understanding and respect. It appears that there has not been any face to face meetings between the provincial government and the Prime Minister to discuss any of these issues.

“This situation has continued to deteriorate, and it requires leadership and humility on the part of the Prime Minister to seek common ground on the issues and chart a way forward that secures the unity of Solomon Islands and is respectful of provincial concerns,” adds Hon. Wale.

Hon. Wale called on the Prime Minister to take the steps that will give confidence to Malaita provincial government and Premier that the national government is genuine in seeking constructive long-term solutions to the issues of concern to the province.