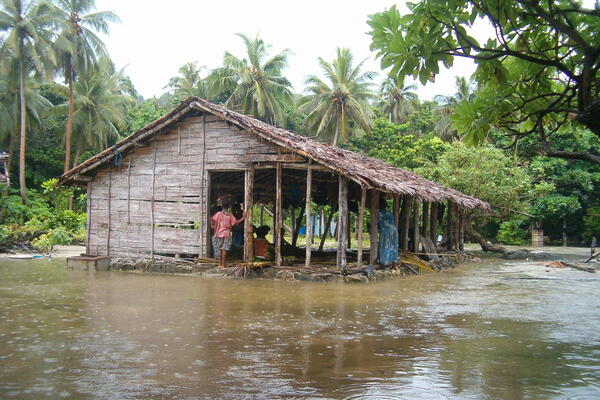 The Opposition Leader says, “It is hypocrisy on the PM’s part highlighting the importance of addressing the impact of climate change on the country but showing no serious commitments to it.”

“A clear reflection on this empty paper talk is the lack of allocation in the current DCGA’s budget, no prioritisation for this global and national issue that continues to affect our people especially on the face of sea rise and the urgent need for relocation of our low lying communities," adds Mr. Wale.

Mr. Wale continues to say, “There is a clear mismatch between what was said at the UNGA and priorities at home which over the years under the leadership of the current PM, been comprised of mere token budget allocations. It is this mismatch that points to the PM’s hypocrisy on the issue of Climate Change.”

Mr Wale also described the speech as one marked with contradictions and factual errors.

“At one point in the speech the PM said the government was committed to reducing our carbon footprint and doubling on our nationally determined contributions through the Tina Hydro Project, yet enjoying the company of loggers to cling on to power.”

“In order for the speech to warrant some merit the PM needs to decouple himself from his logging sponsors who are amongst our biggest polluters, responsible for single-handedly degrading our natural growth forests, the Opposition leader adds.”

Mr Wale says further, “For the PM to say that the 15-watt Tina Hydro-power project will reduce our reliance on fossil fuel by 70 percent is just baffling. Put in few heavy industries near the Hydro Project and we will still end up needing generators still.”

“Let us not glorify our climate change efforts if we can’t foretell the contradictions, for this Tina Hydro blunder at the UN only points to a case of being back to the future,” added Hon. Wale.

Mr. Wale goes on to say, “The PM’s speech is also wishful accentuating his continued expectation that outsiders will fund climate change activities in the country. This is a terrible mistake that will have tragic consequences for our people in the years to come.”