Wale Slams Government On Allegations Over Use of Ex-Militants 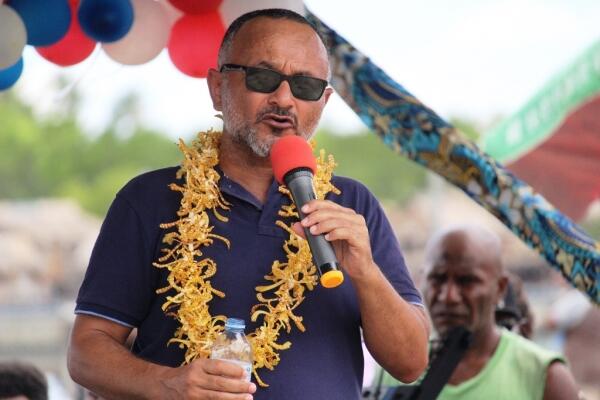 Opposition Leader, Hon. Matthew Wale, condemns and calls on the Prime Minister to explain suggestions that the Government engaged former militants to do its work.

The statement was made after yesterday’s publication in the local media that the Government had sent a group of ex militants to Auki to persuade the Malaita Provincial Executive to reconsider their decision to reject the Government’s decision to switch diplomatic ties to China.

The same report along with information received from Auki, have also alleged that ex-militants have also been hired by the Government to provide security services.

Hon. Wale says, “If the allegations are true, the action taken by the Government is deplorable and demands a quick explanation by the Prime Minister.

“Malaita Province is a very important province in the development of this country hence it is paramount that the Malaita Executive and leaders are accorded respect when there is need to discuss matters of national interest,” the Opposition Leader stressed.

Hon. Wale goes on to say, “The use of ex-militants to persuade the Premier and the Executive to reconsider its stance is no way for the Government to enter into dialogue with the Province.

“The Province has the right to differ on matters it considers important for its people and so if it is important to the Government that Malaita reconsiders, the Prime Minister must deal with the issue himself using normal Government processes.

“Reliance on ex-militants to do the dialoguing on behalf of the Government is not only disrespectful but it is not the right way to be dealing with national issues. If the allegations are true, it does not reflect well on the Government.

“This is bad and dangerous leadership and only undermines our national efforts in building the respect for the Police force,” says the Opposition leader.

The Opposition leader further calls on the Prime Minister to explain where the funds used to meet the ex-militant’s travel costs to Auki, accommodation and other expenses incurred will come from.

He said this is an important matter of public interest as it is no secret we are struggling to make ends meet as a country, but suggested that the last thing our people want is for the Government to spend public funds on activities that are not provided for in the budget, which only serve the interest of a few people.