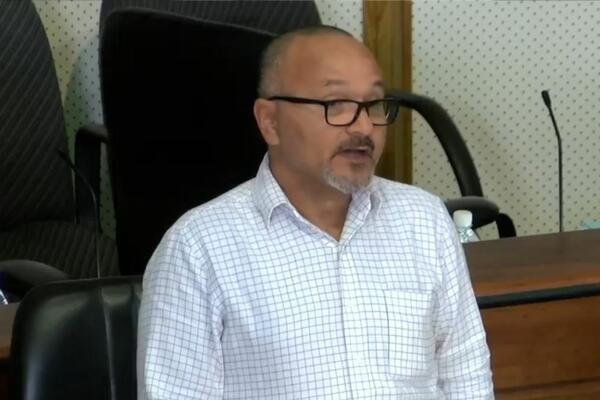 Hon. Wale points out that the Prime Minister and his Government have a clear track record in disregarding due process and meaningfully consulting the people on major decisions. The use of internal government processes to secure the China switch, Hon. Wale insists, is a good example of this.
Source: File: SIBC
Share
Wednesday, 24 November 2021 08:25 AM

The Leader of Opposition has rejected Government’s recent article claiming his outburst was baseless, used as a deceptive strategy to respond to the two issues he raised for the public’s attention in his earlier statement.

Hon. Wale said there is no denying the Prime Minister’s deception regarding the controversial issue of Parliament extension to 5 years. This, Wale maintains, is clearly reflected in the deceptive answers given by the PM when confronted on this topic.

The Prime Minister’s recent statement to the Speaker revealing the intention to extend Parliament is part of these deceptive doses that the Prime Minister has been drip-feeding this Nation with. This, according to Wale, was the first issue that he raised.

Instead, what Government’s misleading response has attempted to do, Wale clarifies, is to avoid these deceptions altogether by insinuating that Mr. Wale’s statement somehow is a failure to understand Constitutional and Parliamentary processes.

Hon. Wale points out that the Prime Minister and his Government have a clear track record in disregarding due process and meaningfully consulting the people on major decisions. The use of internal government processes to secure the China switch, Hon. Wale insists, is a good example of this.

Wale further clarifies that Parliament’s legal power and processes to amend the Constitution was never an issue in his earlier statement. What was an issue, Wale emphasizes, was that the PMs deceitful scheme will lead to the current Parliament extending the life of Parliament without a direct mandate from the people given during the last general elections.

Reaffirming this point, Wale explains that the people’s right to vote is what puts elected Members in Parliament, and enables them to amend the Constitution. Given our people earlier gave a mandate for the current government to govern for 4 years, it is disrespect of the highest order for the Prime Minister to seek to extend this parliament’s life without a direct say from the people. Only a general election can decide this matter.

Hon. Wale questions why the Pacific Games cannot be postponed to allow the general elections to proceed, if this is the excuse being used by the Prime Minister. The Tokyo Olympics was postponed by a year, surely this should be the best option to pursue rather than playing around with our national constitution.

The Honourable Leader of Opposition therefore calls on the Prime Minister and his Government to not only recognize but also respect the ‘status quo’ of the current laws and rights of the people of this Nation and take this matter to the next general elections.