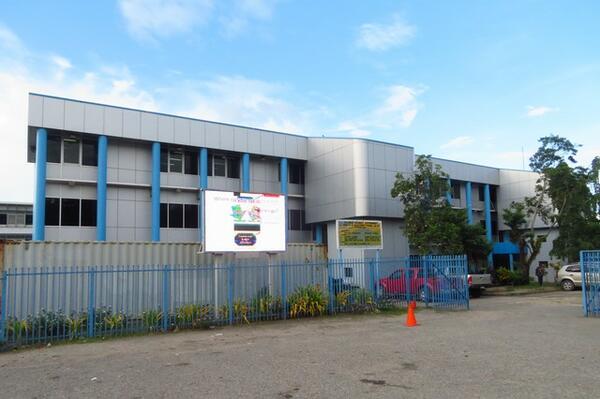 The Opposition Leader said Inland Revenue has been understaffed for too long, a matter government must give serious attention to.
Source: File
Share
Friday, 05 August 2022 14:05 PM

Hon Wale highlighted during his Debate Speech on the Tax Administration Bill 2022 this week.

The Opposition Leader said he is alarmed with the Commissioner of Inland Revenue’s concern that there is tax evasion in our economy and it is unclear what the drivers of this high level of non-compliance are.

Hon Wale said the taxation to GDP ratio is an important indicator of the tax burden on an economy and its various component sectors and parts.

“The tax to GDP ratio is currently relatively low, but this does not show a clear picture as tax evasion and exemptions cloud the actual picture,” he said.

The Opposition Leader in his speech also presented some statistics, which indicated the taxation issues and challenges in the country.

They are as follows;

Hon Wale said there are caveats on the data presented as it is based on TINs, although many TINs represent inactive accounts.

However, he said the data does paint a general brushstroke view of the challenges facing the Inland Revenue.

He said no data was provided to the Bills Committee to show the amounts of money involved.

Hon Wale said these are significant numbers and may represent significant amounts of taxation revenue.

“The non-compliance represents a serious challenge,” he said.

The Opposition Leader also presented these statistics in Parliament looking at the tax to GDP ratio, which betrays a similar picture.

The Opposition Leader said it is a safe assumption to make that when GDP is growing, it means the economy is expanding and therefore there should be a resultant increase in taxation revenue.

“It is not as if there was a corresponding overall increase in tax revenue but at a lower rate for that period. No, tax revenue was actually dropping in that period of growth. Given that there have not been any significant changes downward in the rates of taxation during that period, the data points out significant tax revenue leakages,” he said.

Hon Wale said he is also concerned with the Governor of the Central Bank’s suggestion that there are at least three reasons for this decline in tax revenue;

Hon Wale said these are very serious issues that policy and legislation must respond to.

“No matter how good a policy or legislative response is to identify challenges, the effectiveness of the administration or implementation of the law will hinge on the resourcing of the department tasked with it,” he said.

The Opposition Leader said Inland Revenue has been understaffed for too long, a matter government must give serious attention to.

Hon Wale also raised the need for the Bill to require that the Commissioner satisfy himself that sources of taxation revenue are not from money laundering and terrorism financing activities.

He said this would tighten the noose on these activities and also increase our compliance with international rules in the effort to stamp out such activities.

“It is important to consider compliance costs and the overall tax burden on taxpayers. These must continue to remain front and center of policy considerations to encourage compliance and to stimulate growth in the economy,” the Opposition Leader said.