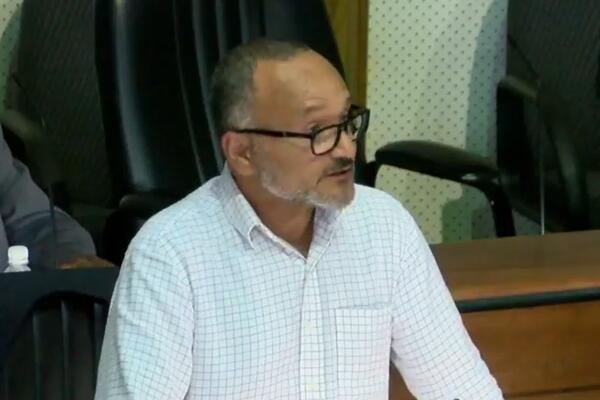 Wale also says that the Prime Minister’s deceptive leadership has also resulted in deep divisions in the country when he decided to switch recognition from Taiwan to China.
Source: STO
Share
Monday, 06 December 2021 16:43 PM

Leader of Opposition Mathew Wale says that Prime Minister Manasseh Sogavare has been insincere in his dealings with certain segments of Malaita and its Premier Daniel Suidani.

Wale was responding to the Prime Ministers contribution to the motion currently before the house, testing his leadership.

He says that the Prime Minister has been persistent in bringing down the Suidani led government, and alleges that he openly encouraged opposition MPAs in the Malaita provincial government to go against their Premier.

Wale also says that the Prime Minister’s deceptive leadership has also resulted in deep divisions in the country when he decided to switch recognition from Taiwan to China.

He says that the issue is not China, but the Prime Ministers deceptive approach which has become his style of leadership. The Opposition leader says insincerity and deception is the root of the problem, and the Prime Minister has been using that tactic in his dealings with the public.

Wale says there is a toxic culture in government, and alleges that MPs in government have complained about how a small group of individual’s control government.

He says this group of individuals have been responsible for keeping the government intact, and alleges that they have paid MPs to remain in government.

Wale explained that State capture is obvious in Solomon Islands, and says our democracy is being choked by those that finance government in return for special favors, especially in the logging sector. He says we are selling the country and its birth right by engaging in such practice.

The motion of no confidence has gone past 4.30pm, the Speaker suspended relevant standing orders for debate to continue.