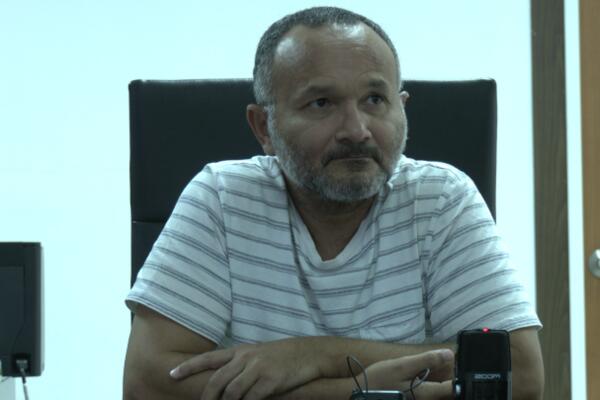 He then points out that the weaponizing of the health situation and condition of a beloved leader for political gain is a dangerous turn of events for our nation.
Source: SIBC
Share
Monday, 31 May 2021 08:47 AM

The Leader of Opposition, Hon. Matthew Wale, has expressed his dismay on what he sees is a case of clear politicization of the medical condition and health woes of the Premier of Malaita Province, Hon. Daniel Suidani.

“I am utterly dismayed at the reports currently swirling around in the public domain regarding the manner and the depths by which the government is seemingly willing to stoop to in using the health of Premier Suidani as political leverage,” says Hon. Wale.

The leader stated that, “we are a society founded on the values and principles of respect and common decency”.

Hon. Wale also stated that, "the reported conditionality placed by a couple of Ministers to effectively stage a political stunt involving the Premier and the Prime Minister in exchange for medical assistance is a new low in Solomon Islands politics and leadership”.

He says Solomon Islands is a Christian country with a belief entrenched in ‘love your neighbor as yourself’ - a cornerstone of the Christian faith.

“We all know the story of the Good Samaritan. So while there are political differences and world views between us, which is normal in a democratic country, humanitarian support for another human who is struggling with health issues should not be used for political point scoring,” he adds.

The Opposition Leader further adds that, “I fear that such action only adds to the notion that perhaps the government may want to see the Premier of Malaita Province succumb to his medical condition than be treated for it”.

“This is truly a grotesque proposition. The reports of such a notion is a real stain in the political discourse of our nation,” Hon. Wale expresses.

Hon. Wale also adds that, “if the demise of the Premier is the intention of the national Government then I condemn such intentions in the strongest terms possible”.

He then points out that the weaponizing of the health situation and condition of a beloved leader for political gain is a dangerous turn of events for our nation.

The Leader of Opposition acknowledged, however, the humanitarian assistance extended by the friends of democracy and the Republic of China, Taiwan.

“I would like to express my gratitude to the government and the people of Taiwan for your humanitarian assistance to Premier Suidani. Taiwan is a leader on health matters globally and have world class health facilities. Indeed, our current and past national leaders have benefitted from health checkups in the past during their visits to Taiwan,” the Opposition Leader says.

He wished Premier Suidani speedy recovery stating that, ‘I will continue to join Christians in Solomon Islands and around the world to pray for Premier Suidani’s situation and for him to regain his health’.