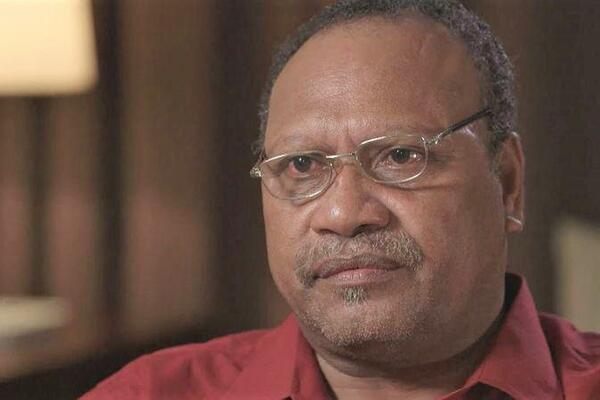 The Opposition Leader said while speculations on the arrest and bribery may be considered personal to Mr Suidani, they are however intrinsic to the stance taken by Malaita Province against the DCGA decision to make the switch to China.
Source: ABC
Share
Monday, 26 July 2021 09:15 AM

Leader of Opposition Hon. Matthew Wale forewarns the Commissioner of Police to thread carefully when dealing with any complaints that might be reported against the Premier of Malaita Province, Mr. Daniel Suidani as suggested in recent media publications.

The statement precedes the return of Premier Suidani from overseas and raises questions of public interest in respect of suggestions of possible arrest of the Premier and allegations of a bribe being offered to the Premier in relation to the position taken by Malaita Province against the switch from Taiwan to China.

The Opposition Leader said while speculations on the arrest and bribery may be considered personal to Mr Suidani, they are however intrinsic to the stance taken by Malaita Province against the DCGA decision to make the switch to China.

“It is clear that the decision by Malaita Province left a dent in China’s efforts to completely wipe off the democratic government of Taiwan from Solomon Islands. This is a dent that has geopolitical consequences for China considering the wide publicity attracted.

“Experiences in other countries must serve as a signal that this is a setting that can be manipulated to undermine our domestic systems for foreign interests.

“The ramification of any decision that falls short of being holistic can be far reaching than personal culpability. Public policy therefore demands investigators in such circumstances to cast their scope beyond ordinary considerations,” said Hon. Wale.

The Opposition Leader further added that, “Any insinuation of criminal responsibility or diplomatic breach by any leader supportive of the stance taken by Malaita Province must be approached with a high degree of scepticism”.

“I strongly urge the Commissioner of Police therefore to be wary of likely threats of political interference; and to ensure that no stones are left unturned if a complaint were to be registered against Mr Suidani. Be it for treason, bribery or for any other breach of our laws or diplomatic protocol.

“It is in the public’s interest that the all issues arising are properly investigated and thereafter, responsibility apportioned accordingly,” Hon. Wale added.