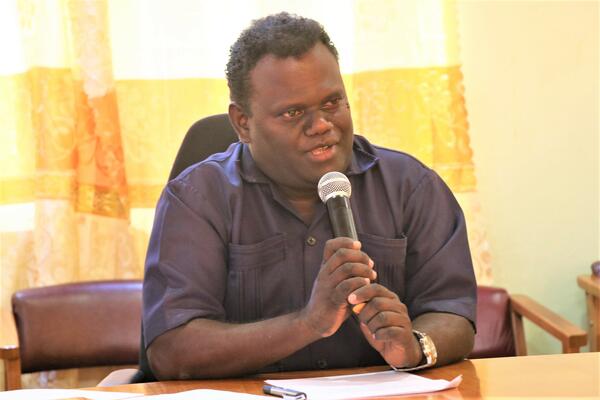 He said given it is coming from a government officer with no jurisdiction over criminal matters, the statement leaves too many loose ends.
Source: File: SIBC
Share
Monday, 20 September 2021 12:00 PM

Leader of the Opposition Hon. Matthew Wale calls on the Permanent Secretary of the Ministry of Finance and Treasury to explain his recent statement in relation to the allegation that Win Win Investment Solomon Ltd attempted to smuggle 1.7kg of gold out of the country.

Permanent Secretary, McKinnie Dentana earlier said the issue has been settled between the government and the miners, adding that this is no longer an issue.

“How can this be so, when the allegations against Win Win point to potential breaches of various laws and possibly, the conditions of their FIB approval?

"The reported allegations are all criminal in nature giving rise to the need for proper criminal investigations and sanctioning by the Director of Public Prosecution (DPP).

"Was there an investigation conducted by the Police or the DPP before settlement was reached as stated by the PS?” Questioned Hon. Wale.

The Opposition Leader said based on what is at hand, the statement flies in the face of documentary evidence pointing to premeditated criminal intent accompanied by calculated action taken to conceal the true nature of the cargo being pure gold and not sediments as declared by Win Win.

He said given it is coming from a government officer with no jurisdiction over criminal matters, the statement leaves too many loose ends.

“Recent history in the mineral sector has been marred with so many allegations of maladministration and corrupt practice and if the PS is sincere in his intentions, he must own up and explain how the reported settlement was reached and who sanctioned it,” the Opposition Leader added.