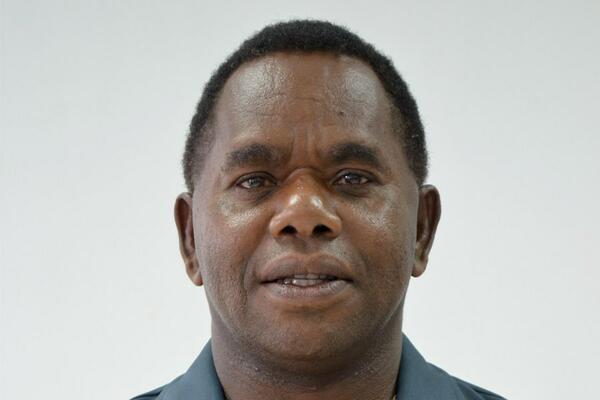 “The question remained that the decision could be influenced by the powerful logging company Sino Capital. In the event where this maybe the situation, then the DCGA leadership is heading the wrong direction,” Hon. Wale added.
Source: File: Island Sun
Share
Tuesday, 22 December 2020 08:19 AM

The Opposition Leader, Hon. Mathew Wale calls on the Prime Minister to tell the truth and explain the reasons for the sacking of Hon. Commins Mewa from the Forestry portfolio.

“There have been conflicting statements by the media about this saga and the public has the right to the truth.

“It would be a real shame if Hon. Mewa’s sacking was the result of him exercising the powers vested on him as Minister, to uphold the laws of this country, and protect the interest of Indigenous Solomon Islanders in the logging industry that is pretty much dominated by foreigners,” says Hon. Wale.

The Opposition Leader said that the sacking of the Hon. Minister of Forestry and Research is suspicious because it was done only two days following his decision to over-ride a previous decision by the Commissioner of Forest favoring the Malaysian Logging Company Sino Capital.

“The question remained that the decision could be influenced by the powerful logging company Sino Capital. In the event where this maybe the situation, then the DCGA leadership is heading the wrong direction,” Hon. Wale added.

Hon. Wale strongly uttered that it should be the priority of any Government to protect and promote the interests of indigenous businesses than foreigners who are here to rip-off our resources.

“This is exactly what the Hon. Minister did when reversing the decision by the Commissioner of Forest in support of the indigenous logging company GBC,” said Hon. Wale.

The Opposition Leader stated that DCGA leadership must be sensitive to the needs of indigenous Solomon Islanders, and further cautioned the government that with the decline in economic opportunities, these actions will only be detrimental to the peace and prosperity of our people.

“This is a clear case of indigenous business versus foreign interest and the PM must explain truthfully to the people of this country and see that the foreign company listed is dealt with, if he is genuine about his warning for adherence of foreign companies, to the laws of this country.

“The decision made against this foreign logging company, should not come as a surprise, because it was also exposed prior, for its alleged illegal operation on Guadalcanal,” Hon. Wale added.