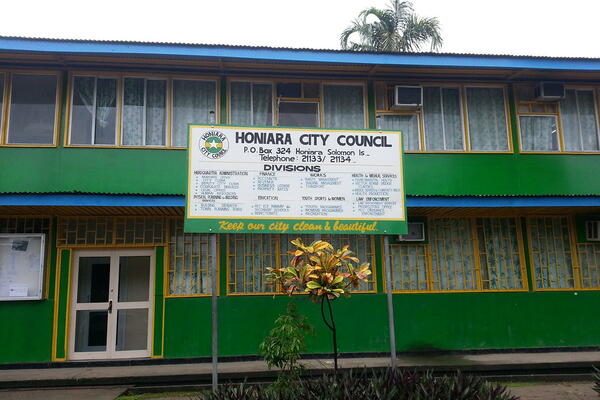 He said the recent allegations by Mr. Sore sends clear signals that the level of corruption within HCC goes far beyond what was earlier investigated and regrettably, appear endemic and deliberately engineered to serve the interest of Councilors.
Source: Flickr
Share
Thursday, 13 May 2021 08:36 AM

The Leader of Opposition Hon. Matthew Wale calls on the Minister for Home Affairs to quickly dissolve the Honiara City Council and to review its structure.

The call was made in light of the damning allegations of corrupt activities made in the Special Audit Report and another report made by recently terminated City Clerk, Mr. Rence Sore to the government.

“The latter amongst others, blew the whistle on suspected corrupt sale of HCC vehicles and allocation of lockup shops in the Honiara main market by the new mayor and other Councillors. It seems this kind of practices has been going on unnoticed for long now,” says Hon. Wale.

He said the recent allegations by Mr. Sore sends clear signals that the level of corruption within HCC goes far beyond what was earlier investigated and regrettably, appear endemic and deliberately engineered to serve the interest of Councilors.

“This is serious and raises major concerns on the credibility and integrity of leadership in HCC. How can the people of Honiara trust this kind of leadership to look after their affairs? Something must be done,” the Opposition Leader points out.

The Opposition Leader goes on to add that, “Given the magnitude of the allegations, the right thing to do is to stop the current HCC and take whatever action necessary to address the causes of such corrupt practices. If public confidence is to be restored and the governance of Honiara is to serve the people, such drastic measures must be employed now”.

“I therefore call on the responsible Minister to dissolve HCC and replace it with a competent authority to run the affairs of the Council until the 2023 elections.

The appointment of such an authority will ensure that independent investigations are completed and appropriate action taken against those implicated. This cannot be expected with allegations hanging over the whole of the Council.

“I also urge the responsible Minister to review the manner in which the City clerk gets selected. The recent revelations are proof enough that political hand picking does not serve the best interest of management of HCC affairs. The discretion therefore must be removed from HCC and Councillors,” the Opposition Leader further added.