Wale Calls for Covid-19 Legislation to Deal with Pandemic 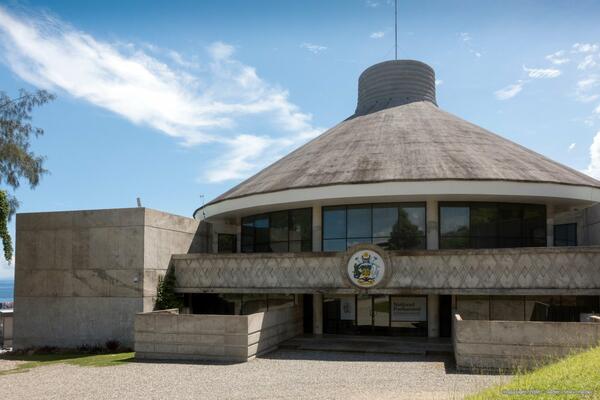 The Opposition Leader says that such gaps, if not addressed, would limit the important role Parliament plays in keeping the executive arm of government in check.
Source: VSP
By Jimmy Nolan
Share
Wednesday, 29 July 2020 08:52 AM

Leader of the Opposition Mathew Wale says the government needs to seriously explore and put in place legislations designed specifically for the current Covid-19 pandemic.

Wale raised these concerns in Parliament, which has reconvened to look at extending the current State of Public Emergency.

Wale says failing that the necessary checks and balance will continue to be absent. He says the laws on State of Emergency was not designed for a pandemic and will be “unsustainable in the long run.”

The Opposition Leader says that such gaps, if not addressed, would limit the important role Parliament plays in keeping the executive arm of government in check.

"Once the Governor General delegates those powers, Parliament doesn't really have a role anymore. And so there are no checks and balances and oversight being exercised," Wale said.

"It would seem to me Sir, to confer too much power on the Prime Minister."

He highlights the approach taken by Australia and New Zealand, where, depending on the perceived level of threat, such as the current pandemic, the country goes through various levels of response. Wale says that the Solomon Island response to the pandemic has been to jump from 0 to 10 simply because there is nothing in between.

On the 26th of July 2020, His Excellency the Governor General Sir David Vunagi declared that a State of Public Emergency still exists in Solomon Islands – effectively extending the SOPE by Seven (7) days.

This is in accordance with Section 16(2) of the Constitution and in light of an assessment of the threat posed by COVID-19 that the Government has conducted.

If Parliament, by way of a resolution, and with the support of two thirds of Members, decide to extend that period then it will be extended for a period of 4 months as provided for by the Constitution.