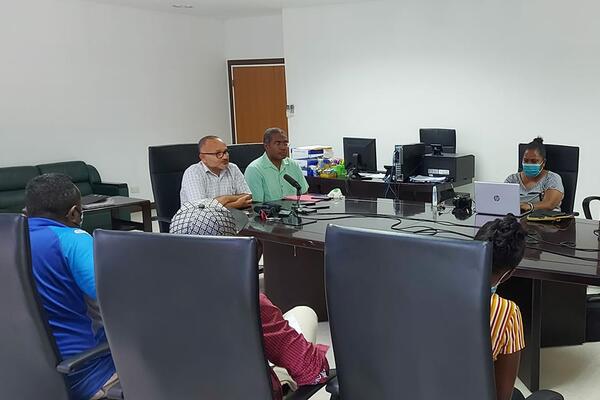 “Press freedom embodies certain fundamental rights within our Constitution. A person’s right to information and to express themselves are just some examples of the rights which press freedom carries,” he said.
Source: Supplied
Share
Wednesday, 04 May 2022 09:01 AM

Opposition Leader Hon Matthew Wale has congratulated the media in the country as they mark the World Press Freedom Day yesterday.

He said despite the many challenges faced by the media, the freedom of the press must always be appreciated and embraced as the cornerstone of democracy.

“Today, I join others here in the country and abroad in honouring the important role played by the media and also acknowledging that media must continue to be allowed to do their work freely without fear or favour,” he said.

Hon Wale said freedom of the press as the fourth estate is enshrined as an important element in our constitution.

“Press freedom embodies certain fundamental rights within our Constitution. A person’s right to information and to express themselves are just some examples of the rights which press freedom carries,” he said.

He said the underlying tenets of democracy, such as accountability, liberty, transparency, the rule of law, are all animated by the media.

“It is in this sense that the media is known as the fourth estate,” he said.

He said the animation of these rights and principles are further underpinned by public interest. That is, the media investigates, gathers, and reports on information and events of public interest.

“It is in light of these that the media is afforded their right to press freedom. To put it succinctly, the Constitution and our democracy comes alive when press freedom is exercised,” he said.