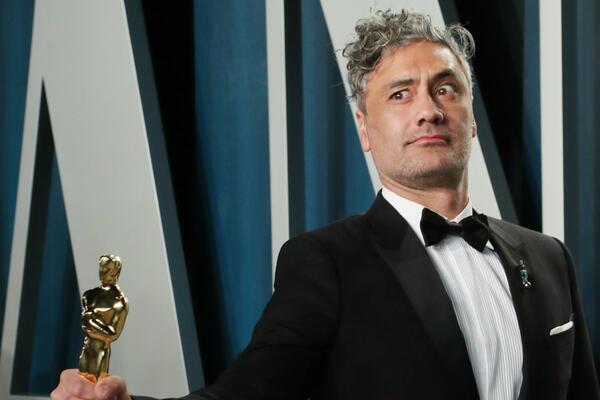 New Zealand filmmaker and actor, Mr. Taika Waititi has been confirmed as the Director of a new Star Wars film.
Source: theguardian.com
Share
Tuesday, 05 May 2020 07:48 AM

Taika Waititi has been confirmed as the director of a new Star Wars film.

The news had been rumoured in January but now the official Star Wars site has released a statement. Waititi, who recently won an Oscar for his Jojo Rabbit screenplay, will co-write the as-yet-untitled film with Krysty Wilson-Cairns, who co-wrote 1917.

It will mark Waititi’s second outing in the Star Wars universe after directing the first season finale of The Mandalorian for Disney+. The news follows the announcement that Russian Doll creator Leslye Headland is also developing a new Star Wars series for Disney+, which will join a Rogue One prequel series and one focused on the life of Obi-Wan Kenobi.

After his Oscar-winning comedy Jojo Rabbit, Waititi’s next film will be football comedy Next Goal Wins, starring Michael Fassbender and Elisabeth Moss. He will also return to the Marvel universe to make Thor: Love and Thunder, following on from his hit Thor: Ragnarok.

When asked about whether he would want to make a Star Wars film in February, Waititi told Variety: “I would want to do any kind of movie if it made sense, and if it felt not like career suicide.”

As The Rise of Skywalker closed out one series, there have been a number of shakeups within the galaxy. Disney earmarked a date in December 2022 for a new adventure but then Game of Thrones creators David Benioff and DB Weiss exited their planned Star Wars project, which had been rumoured to take that spot.

The Last Jedi director Rian Johnson is still loosely attached to a separate trilogy. In January, he said he was still in discussions with LucasFilm. To date, the Star Wars films have made over $10bn at the worldwide box office.