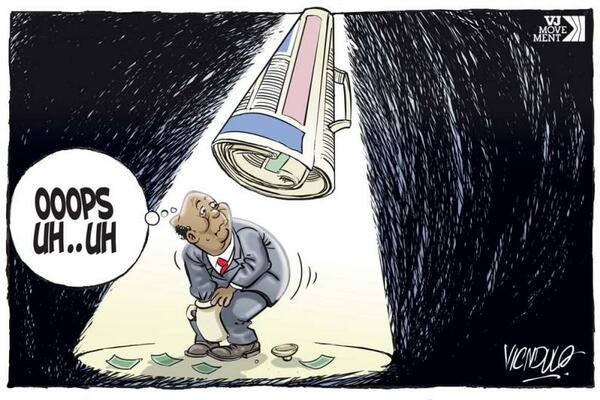 This is not the first-time projects are being used by public officials to siphon money for private use, and it will not be the last.
Source: Cartoon Movement
By News Desk
Share
Friday, 25 September 2020 09:31 AM

In 2017 the Solomon Star released a two-part article on the Waisisi Wairokai Palm Oil project.

The explanation given at the time was that because of land dispute in Waisisi the project was relocated to Wairokai. Senior officials at that time condemned the media report, labeling them “untruth” and should not be released to the public.

Seems strange? Waisisi land was formally registered purposely for the Palm Oil project – if there was a dispute, it should have occurred during the registration process. Waisisi landowners were ready, their land was ready, in fact it was registered.

Sadly, the newspaper article was accused of being false and misleading and was left at that.

It is also alleged that in 2018 he had attempted to bribe an auditor at the Ministry of Finance and Treasury to stop an audit into the Waisisi Wairokai Palm Oil Project. His bribery attempt failed, the matter was reported to senior officers within the Ministry, who reported it to the police.

This is not the first-time projects are being used by public officials to siphon money for private use, and it will not be the last.

Perhaps next time when the media attempts to shine the light on corrupt practices, let us not be too dismissive – particularly accounting officers or heads of ministries. It is probably better to talk to a journalist than face a judge in court.

And next time when we are being told by senior government officials that landowners are being difficult or blocking investment – we should be more skeptical. Why?