Waiia to American Samoa for Futsal 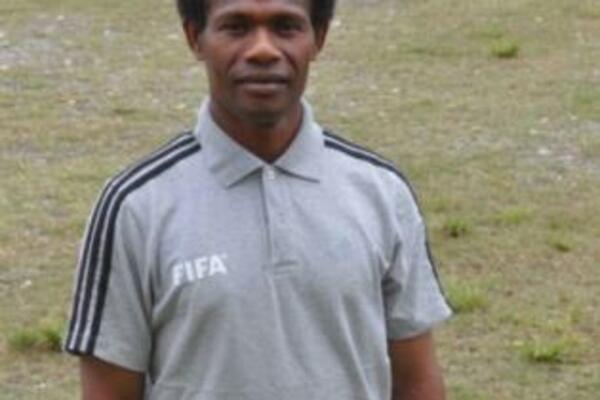 "I look forward to the challenge of teaching futsal and of learning from the experience," Victor Waiia.
Source: SIFF Media
Share
Thursday, 10 November 2011 09:18 AM

The number of Solomon Islanders taking up FIFA and Oceania Football Confederation (OFC) responsibilities in the region continues to rise as Victor Waiia becomes the latest to join an increasing line-up of international appointees.

This is Waiia's first time to be called upon as a FIFA coaching instructor and he takes up the role previously held by Scott Gilligan.

Speaking in an interview before his departure, Waiia, said that he looks forward to the challenge that the opportunity presents.

"I look forward to the challenge of teaching futsal and of learning from the experience. I am going to share my experience and try to promote futsal as much as I can during the course," Waiia said.

The course is organised by FIFA and Waiia was selected as the instructor for the course in October. The appointment for him to conduct the course came from the OFC technical director, Patrick Jacquemet. The course itself will begin on Friday 11 and conclude on Wednesday 16 and Waiia is expected back in the country the following weekend.

Waiia was the first Solomon Islander to attend a futsal coaching program when he was sent to an OFC organised regional futsal workshop in 1999. From there Waiia then continued working to develop the code as a volunteer and in 2008 he became coach the national futsal team that won Solomon Islands' first representation at a FIFA Futsal World Cup competition.

A year later Waiia attended the OFC Level 1 Futsal Coaching course. After leaving his coaching role with the national team Waiia took up the position of small sided Games development officer at SIFF where he is currently working fulltime.

His responsibilities at SIFF cover the management of education programs for beach soccer and futsal as well as developing competitions for the 2 codes. Besides his coaching qualifications Waiia also holds a FIFA Sub-regional Futsal Referee Instructor certificate.

Waiia's appointment comes as a sign of confidence in the competence of Solomon Islanders working to development football internationally, something which has seen healthy growth in the last few years.

A number of Solomon Islanders have risen to the fore as football advocates in the region working for either FIFA or OFC. One such Solomon Islander, Neil Poloso, is currently in the FIFA Referee Assistance Program team for Oceania where he works fulltime on referee education programs in the region. Another, David Firisua Jnr., is now head of the OFC competitions department after taking over from Seamus Marten in 2010.

The success has not only favoured the men as demonstrated by Diane Justus' role as a member of the FIFA technical study group at the Youth Olympics in Singapore in August 2010.

Appointments also extend into the legal side of football and here Charles Ashley is Solomon Islands' most prominent holding the position of deputy chairperson of the FIFA Appeals Committee.