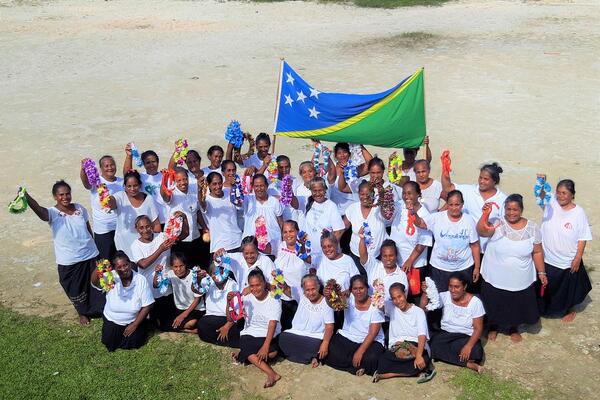 A parade through the main villages on Wagina was held on Independence Day.

The parade to mark Independence Day was organized by the Wagina Lauru Women’s Association.

President of the Association, Rakesta Rubu, says Independence Day is an important day in the women’s year planner.

“We would like to have more of the youths involved in this sort of activity. Some of the women are getting old and it is about time the youths participate in organizing such an event”, Rakesta says.

Meanwhile, member of the association, Doreen Teuaia says Independence Day is a very important day for the women of Wagina.

“It touches our heart which is why we celebrate this day every year”, Doreen says.

Elders, church leaders and villagers on the island were witnesses to the event that took place on Independence Day.

The Wagina people are originally from Kiribati. They were relocated from Kiribati by the colonial administration in the 1950’s.

Since the country gained independence on 7 July 1978, the people became citizens of Solomon Islands.

An estimated 2000 people live on the island of Wagina.