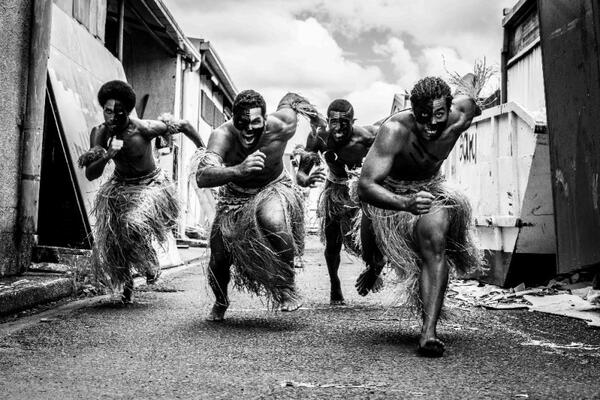 "What we found was that Fiji was way ahead in preserving its traditional dances and arts because of the continued performances," says Vou coordinator, Mrs. Sachiko Soro.
Source: VOU Dance School, Fiji
Share
Wednesday, 29 June 2016 07:00 AM

The Fijian Contemporary Dance Group, Vou, have been putting Fiji on the Dance map and rightfully so, this island nation is becoming a strong player in contemporary dance.

Vou kicked off its European tour and members of the group are doing everything on their own.

Vou coordinator Sachiko Soro said their first stop was the Glastonbury Festival in the United Kingdom where they shared the stage with some of the big names in entertainment such as Coldplay, Adelle and Craig David.

The team then move through Slovenia, Latvia, Lithuania and then back to UK for the Edinburgh Festival of Arts.

"This is a real chance for us to have Fiji recognised as a place where the contemporary arts is growing," said Mrs Soro.

"In fact, there are two separate groups. One is travelling to Europe and another to Asia. It is going to be an expensive exercise.

"We have had a major sponsor who pull out last minute but through our fundraising drives, we made it."

Mrs Soro has been proving people wrong. When she started the Vou Dance Group, many had not expected it to succeed.

But slowly over the years, Vou has become a leader in contemporary arts in the region, to the extent that Vou has its own dance school.

Not only that, there are quite a number of people who are on Vou's payroll as full time dancers.

So when the sponsors pulled out, Mrs Soro knew what was to be done. There was a focused fund-raising drive with other members of Vou.

Now there is a group touring Europe and another in China.

What sets Vou apart is their fusion of local traditional dances with contemporary arts.

"In May, we went to the Pacific Festival of Arts. It was a very humbling experience," added Mrs Soro.

"What we found was that Fiji was way ahead in preserving its traditional dances and arts because of the continued performances.

"We also found that Fiji was up there when it came to contemporary arts. As an industry we can grow it and as a means of preserving tradition and culture, we are already doing it.

"During our Mataqali Drift project, we had our dancers go back to their roots by visiting their villages and getting in touch with the traditional dances or meke."

There is one thing for sure, the Vou Dance Group is a resilient lot. Despite the odds being stacked against them, they will find a way.

And now the world is their stage.