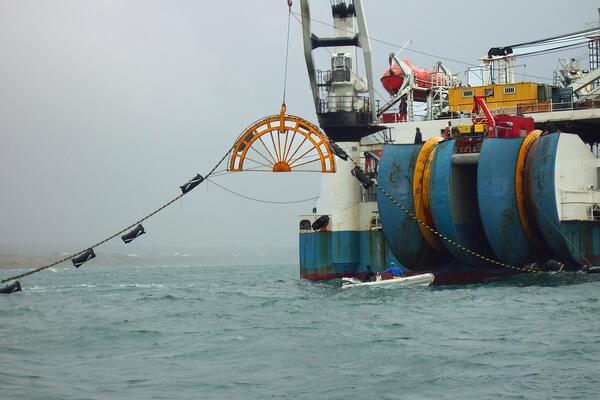 Australia's federal government has selected Vocus to conduct the initial stages of the new undersea cable project in the South Pacific that will connect the Solomon Islands and Papua New Guinea with Australia.

The Department of Foreign Affairs signed a AU$2.8 million deal with the Australian telco company last month to conduct a scoping study for the design, construction and procurement of the submarine cable system.

The project will connect the major islands of the Solomons and PNG with Australia via a 4000-plus kilometre fibre optic cable, replacing each country’s reliance on old, unstable and expensive technologies.

The Solomon Islands currently has its telco needs wholly served by satellite, while PNG uses a low capacity cable that is nearing its end of life.

The study will last for up to three months and include consultation with the governments of the Solomon Islands and PNG and the commencement of permitting, Vocus said in a statement.

It was expected to lead to the "rollout of a cable system on behalf of the Australian Government commencing in 2018”.

The cable project, which originally covered only the Solomons, was planned to be constructed by Chinese telecoms giant Huawei.

But that deal had came up against stiff opposition from the Australian government, who remain concerned about Huawei’s alleged links to the Chinese government and were worried about the possibility of a backdoor into Australia’s telecommunications network.

The same concerns led to Huawei being blocked from bidding for work on the national broadband network back in 2012.

In November last year, Prime Minister Malcolm Turnbull and Papua New Guinea Prime Minister Peter O’Neill came to an agreement on the sidelines of the 2017 APEC Forum to lay a new cable between Port Moresby and Australia, while Australia continued discussions with the Solomon Islands government about "laying a similar undersea cable".

“Both Papua New Guinea and Australia are committed to working with Solomon Islands to lay the undersea cables at the same time, allowing Solomon Islands to reap the same economic and development benefits of fast and reliable telecommunications,” Turnbull said.

Minister for international development and the Pacific, Concetta Fierravanti-Wells, told the ABC’s The World program in November that the agreement would allow Australia to assist both the Solomon Islands and PNG enhance their cable in a “very cost effective way”.

A Vocus spokesperson declined to comment on the implications of the deal on the existing arrangements between the Solomon Islands and Huawei.

However, FT last month reported a Solomon Islands spokesperson as saying there was “no doubt the Huawei deal will have to be cancelled” if Australia’s offer to partly fund the cable through development aid was accepted.