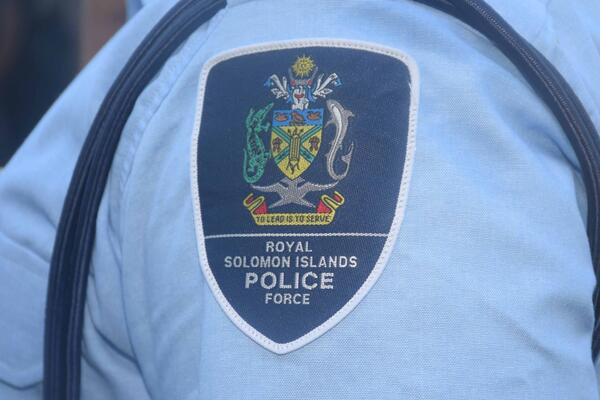 Officers of the Royal Solomon Island Police Force (RSIPF) at the Henderson Police Station have arrested a male person at Titinge in relation to an alleged murder incident which occurred at Malaisu Village on South Guadalcanal on 20 March 2020.

It is alleged that the deceased man possessed black magic (vele) and had been responsible for a number of deaths in his area.

Provincial Police Commander Guadalcanal Province Chief Superintendent Ishmael Vunagi says, “On Monday officers at the Henderson Police Station successfully arrested the suspect at Titinge area in Honiara. He is alleged to have ordered a group of boys from his village and other surrounding villages to capture and assault the deceased.”

“It is alleged that following the directive from the suspect the deceased was taken from his wife at their house, assaulted and tortured before being taken away into the darkness. The victim was pronounced dead in the early hours of 20 March 2020 at the Avu Avu clinic.”

“The arrest of the suspect had come about through help from members of community who assisted the police in the investigation. The man arrested yesterday is the 12th suspect arrested over this case. He is being interviewed by police investigators and will be taken down to court for a possible remand application,” says PPC Vunagi.

He adds: “I want to appeal to the good people of Guadalcanal to seek assistance from your police when you cannot resolve any issue in your communities. And not to take law in your own hands.

"Police is there to help you. I want to thank the members of the community at Titinge who assisted the police which led to the arrest of the suspect. I also want to thank the police officers for their hard work in the case so far. Police continues with its investigation into the matter.”